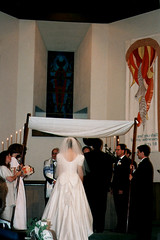 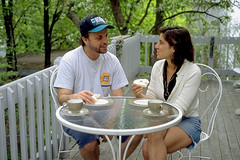 In the United States, Jews have found a degree of social acceptance unparalleled in their long history. But the openness of American society has proven to be a double-edged sword. While American Jews experience unprecedented opportunity for advancement and inclusion, they also face the challenge of ever-diminishing numbers and the fear of extinction as an identifiable group.

This very real decline is largely due to assimilation, a process which accompanies social mobility in an open society. The term is often used by sociologists in reference to the process of leaving one’s ethnic identity behind as one joins more fully in the majority culture. One becomes progressively less Jewish, either religiously or culturally, and ultimately leaves the fold altogether. While Jews have always lost members through attrition, assimilation has become a significant threat to the community in the modern period. For a people that had been historically defined as outsiders and as the pariahs of society, the opening of the ghetto gates released a flood of assimilatory energy. But throughout the nineteenth century, as Jews rushed to participate more fully in European society, they were often met by social resistance. Later, this resistance evolved into the anti-Jewish movement called “anti-Semitism.”

In the American environment, however, the desire of American Jews to participate in the worlds of commerce, politics, education, culture, and the arts has largely been welcomed. There have certainly been periods of anti-Semitism throughout American history, and an undercurrent of anti-Semitism still exists in some parts of the country today. But on the whole, Jews have been a visible and significant part of American life from the inauguration of George Washington to the present day. Their success, however, has wrought the challenge of assimilation, which joins anti-Semitism as one of the two major threats to Jewish existence.

In terms of raw numbers, the prognosis is alarming to many Jews. While the nation as a whole does not keep religious statistics as part of the U.S. census, the National Jewish Population Survey of 1990 made a significant effort to track the trends of the nation’s Jewish population. The Jewish population of America reached a high of approximately six million at mid-century and has been decreasing ever since. The Survey estimated some 5.5 million Jews living in America today—of whom more than one million only marginally identify themselves as Jews. Following the high-water mark of 1937, when Jews constituted 3.7% of the American population, the percentage has been in decline as well. Today the percentage of Jews relative to the population as a whole hovers at about 2%.

In earlier decades, the overall percentage was somewhat mitigated by the greater concentration of Jews in urban centers: in New York City the percentage of Jews was ten times greater than the national average. Today, however, Jews seem to be following the national trends—abandoning the cities for the suburbs and leaving the Northeast for warmer climates. As they continue to join the mainstream in physical, geographical terms, assimilation is understandably on the rise.

In addition to assimilation and geographic mobility, the causes of the demographic decline include low birthrates, the delay of parenthood, and adherence to birth control—all characteristic of American Jewry. Yet the most popular explanation often given for Jewish assimilation remains the readily observable trend of intermarriage. A complex phenomenon, intermarriage between Jews and non-Jews is seen as both the result of assimilation and the cause of further assimilation.

During the past twenty years, the national intermarriage rate has reached fifty-two per cent. That is, half of marrying American Jews marry someone outside the Jewish community. To some extent, this is vivid testimony to the social acceptance Jews have found in America. For many concerned Jews, however, it poses a serious challenge to Jewish continuity. Even if the Jewish spouse maintains his or her Jewish identity, what can be expected of the children? Some would argue that the trend may eventually serve to increase Jewish numbers, since many non-Jewish spouses become part of the Jewish cultural and religious community, and many of their children will become Jewish as well. Some sociologists have given their support to this theory. But regardless of any mitigating factors, it is undeniable that intermarriage is concomitant of assimilation; as assimilation increases, so does intermarriage.

Reflecting on the Jewish post-War baby boom generation, Barry A. Kosmin of the National Jewish Population Survey notes the links between assimilation and intermarriage: “Baby boomers settled down and married into a tolerant America with comparatively little anti-Semitism. They live in an America that has accepted Jews socially in college fraternities, on boards of symphonies, as members of Congress and, almost inevitably, as sons-or sisters-in-law.”