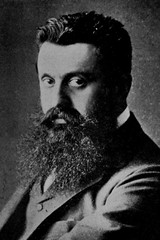 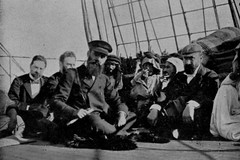 The Jewish tradition of peoplehood, in combination with the age-old yearning to return to Zion (the ancient Hebrew name for the holy mountaintop in Jerusalem), have produced the modern ideological movement of Jewish nationalism: Zionism. Its great achievement has been the establishment of a modern Jewish state in Israel. Zion  came to symbolize the cherished homeland of Israel, and Zionism became the modern coinage for the new politics of Jewish national revival. Indeed, for many Jews, the modern rebirth of Israel is the fulfillment of centuries of remembrance. We see this remembrance expressed in Psalm 137:

By the waters of Babylon, there we sat down and wept,
when we remembered Zion.
On the willows there, we hung up our lyres.
For there our captors required of us songs,
and our tormentors, mirth, saying,
‘sing us one of the songs of Zion!’

How shall we sing the Lord’s song
in a foreign land?
If I forget you, O Jerusalem,
let my right hand wither!
Let my tongue cleave to the roof of my mouth
if I do not remember you,
if I do not set Jerusalem
above my highest joy!

Every year, the ritual Passover seder concludes with the acclamation, “Next year in Jerusalem!” Throughout Jewish history, the overwhelming majority of the global Jewish community has lived in the Diaspora, but Jews from around the world have made pilgrimages to Israel, and there has always been some Jewish presence in the land of Israel. As a religious movement, Zionism emerged from traditional Jewish commitments and religious passions. As a modern political ideology, Zionism can be described as the secularization of the religious value of Jewish peoplehood.

Yet Zionism and Israel arose from other historical factors as well. In the nineteenth century, following their civil emancipation, European Jews began to participate in the life of the greater society. Many enthusiastically adopted modern ideologies such as socialism and nationalism, and in so doing, began to critique traditional Jewish culture as the cause of Jewish societal disadvantage. Zionism thus arose first as a form of cultural assimilation: wishing to erase Jewish distinctiveness, it became a movement for the normalization of the Jews, namely as the desire to become like all other nations. At the same time, the modern world proved to be less than welcoming to them, and anti-Semitism made Jewish life difficult. In response to this challenging paradox, some Jews deemed emancipation through cultural assimilation a failure, and conceived plans to emancipate themselves through political self-determination and the establishment of a Jewish state.

The birth of “Political Zionism” is often dated to the 1896 publication of playwright and journalist Theodore Herzl’s Der Judenstaat (“The Jewish State”). An assimilated Austrian Jew, Herzl was shocked into recognizing the Jewish problem in Europe by the anti-Semitic Dreyfus Affair, which saw French army captain Henry Dreyfus, a nominal Jew, tried and imprisoned in 1894 for selling French military secrets to the Germans, even though it became clear he was convicted on “evidence” of a forged document. Herzl’s timely manifesto motivated the convening of the First Zionist Congress in Basel, Switzerland in 1897. Subsequently, several waves of Jewish immigration to Palestine succeeded in creating a societal infrastructure of settlements there. The youthful immigrants included many pioneers of the Labor Zionist wing of the movement, who hoped to establish a new Jewish utopia based on communitarian and socialist ideals. These founders of the state were the predecessors of contemporary Israel’s Labor Party and other left-wing groups. Opposed to them were the more nationalistic and militarist Revisionists, predecessors of the modern right-wing Likud party.

Britain’s Balfour Declaration of 1917 gave Jews the world over hope for a state of their own. The British promise of statehood set off a renewed burst of political activity and Jewish immigration to Palestine, arousing the resentment and opposition of the native Arab population. Fearing greater hostility, the British government began to restrict Jewish immigration. The cause of Zionism then became the fight to subvert the British through illegal immigration and other underground activity. As matters worsened in Europe through the 1930s, the cause took on an ever greater sense of urgency.

In the years following the end of World War II, a series of dramatic political and military events led to the establishment of Israel: the United Nations partition plan of November 1947, the outbreak of the first Arab-Israeli war and Israel’s against-all-odds victory, the Declaration of Independence of the new state on May 14, 1948, and the United Nations’ vote of recognition in 1949. Yet these were only the highlight acts of a much greater Jewish moment.

The establishment of Israel was more than a political event; it was a cultural watershed. One of the great achievements of the Zionist movement was the regeneration of the Hebrew language. For centuries, Hebrew had been preserved only as the classical language of the scriptures and the liturgy (siddur). Its revival as a modern, spoken language was nothing short of miraculous. When the exiles gathered in their newly established state, Jews from many nations found a common culture and a common language in place to welcome them. The establishment of Israel had at long last created a haven for Jews in danger. Holocaust survivors, Jews from Arab countries, Soviet Jews, Ethiopian Jews, and many other refugees found both safety and unity in the new homeland. Moreover, the creation of a modern Jewish state re-established the reciprocal relationship between the Diaspora and Israel that had existed in ancient times.

Now, as then, Jews around the world continue to live in their adopted countries while looking to Israel as their spiritual center. As the modernization of the Jewish value of peoplehood, Zionism provides complexity and multivalency to traditional Judaism while Israel provides a context for the flourishing of traditional Judaism. Contemporary Jews’ relationships with Israel are complex, particularly on the subjects of Israel’s foreign policy and recognition of Palestinian concerns in the region. Despite these concerns, Jews around the globe maintain a vibrant love of Jewish peoplehood and of religious life in Israel.