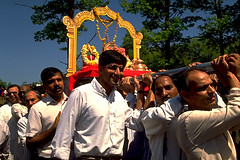 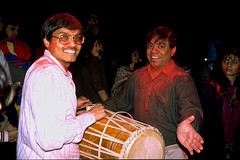 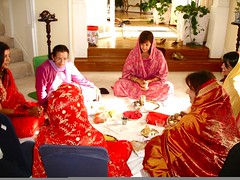 Hindu is not originally an Indian word. It is a word given by the Greeks, then the Persians, to refer to the land and peoples beyond the Indus (or Sindhu) River. The term “Hinduism” came into common use only in the 19th century. Again, the term was used originally by outsiders to describe the “ism” of the Hindus and, eventually, by Hindus to differentiate themselves from Muslims and others. At best, it describes a complex and dynamic pattern of life and practice. The Hindu tradition is more an ethos than a set of beliefs; it is a complex social system and an elaborately articulated religious sensibility.

The peoples who today call themselves “Hindus” have many forms of practice, both in India and around the world. The brahmins of Banaras and the businessmen of Boston, the ascetics and yogis of the Himalayas and the swamis of Pennsylvania, the villagers of central India and the householders of suburban Chicago—all have their own religious ways. There are Vaishnavas who honor Lord Vishnu or Lord Krishna, Shaivas who honor Lord Shiva, Shaktas who honor the Goddess. On the whole, none considers the other a heretic. While there has occasionally been conflict between people of different religious ways, for the most part, all worship in one another’s temples. Indeed, some of today’s newest temples, whether in New Delhi or Nashville, include the whole spectrum of Hindu deities under one roof.

Despite the sectarian diversity, there are Hindu assumptions about life that do have common, although not universal, currency: the universe is permeated with the Divine, a reality often described as Brahman; the Divine can be known in many names and forms; this reality is deeply and fully present within the human soul; the soul’s journey to full self-realization is not accomplished in a single lifetime, but takes many lifetimes; and the soul’s course through life after life is shaped by one’s deeds.