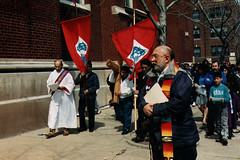 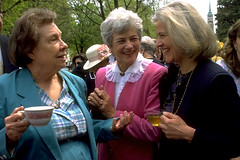 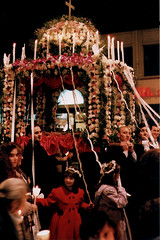 “Remember that you are dust, and to dust you shall return.” The priest or minister speaks these words, inscribing a small cross of ashes on the forehead of each person who comes to the special Ash Wednesday service at the beginning of Lent. The season of Lent lasts for forty weekdays, from Ash Wednesday to Easter Sunday. It is a solemn drama in which Christians are to prepare themselves, through fasting and prayer, to accompany Christ in the events of Holy Week, including his betrayal, his crucifixion, his death, and his resurrection.

Lent is the church’s great season of penitence, abstinence, and preparation and is said to correspond to the forty days Jesus spent in the wilderness preparing for his public ministry. In the early church, this was the initiatory season in which new Christians were prepared through instruction and catechism for the initiation of baptism, which took place on Easter Sunday. Today, Lent is still a time of preparation for baptism. It is also a time for all Christians to strengthen their faith through study and reflection, fasting and abstinence. In Protestant and Catholic churches, some form of fasting or some daily practice of study and prayer is encouraged during Lent. Christians of Orthodox churches observe a strict Lenten fast including abstinence from all meat, fish, and dairy products.

The last week of Lent repeats, step by step, the central drama of Christianity. It begins on Palm Sunday, marking Jesus’ entry into Jerusalem when he was hailed by the populace, who spread palm branches before him, the long-expected redeemer. In churches throughout the world, palm branches are distributed, often followed by a procession holding high the palms of victory and hope. On Thursday of Holy Week, many churches observe the “Last Supper” of Jesus with his disciples. It will be the last time the elements of bread and wine can be consecrated until Easter Sunday.

On Good Friday, many churches observe a three-hour vigil from noon until three p.m., the hours Christ hung on the cross before his death. In Catholic churches, the cross is venerated on Good Friday and may be carried in procession through the streets. St. Jerome’s Church in the Rogers Park area of Chicago, with its old English-speaking congregation and its newer Mexican and Haitian immigrants, has an annual Via Crucis or “Way of the Cross” pilgrimage through the streets on Good Friday. Those who follow the cross on this pilgrimage stop for prayer at those places in the community where people are involved in projects to help one another.

In many churches, after the Good Friday service, the altar cloth is stripped from the altar and the cross is shrouded with a cloth. On either Thursday or Friday night, many churches observe a service called Tenebrae, the “Shadows.” It consists of a series of readings, often from the Book of Lamentations. Candles are extinguished one by one, and people leave the church in darkness. The church bells cease to ring and remain silent until Easter morning.

Easter Sunday is the great festival of the Christian year. The women who came early to the tomb found it empty. “Alleluia, Christ is risen!” exclaims the priest or pastor. “He is risen indeed! Alleluia!” respond the people. American Christians greet Easter in many ways. Catholic, Episcopal, and Orthodox churches observe the “Great Vigil” late Saturday night or early in the still-dark hours of Easter Sunday morning. Harking back to some of the most ancient traditions of the church, the congregation gathers in the darkened church where no candle has been lit since Thursday night. The new fire is kindled at the door. The priest says, “May the light of Christ, rising in glory, dispel the darkness of our hearts and minds.” Carrying the Paschal candle into the dark sanctuary, the celebrants proclaim, “The Light of Christ!”

In Eastern Orthodox churches, the bells begin to ring at midnight. The Easter Matins service begins with a procession around the darkened church, representing the tomb of Christ. Finally, the church doors are opened and the priest greets the people with “Christ Is Risen!” “He is indeed Risen,” the people respond.

Many Protestant churches also celebrate Christ’s resurrection at the first light of dawn. Easter sunrise services are usually held outdoors, where the sun can be seen as it rises, and are often held ecumenically with other churches. For Christians, the power of Easter is symbolized by the dawning of a new day and of new life. Later in the morning, worshippers fill churches to overflowing. They sing, “Christ the Lord is Risen Today! Alleluia!” a hymn composed by Charles Wesley, one of the founders of the Methodist tradition, but loved by Christians of many denominations.

Easter morning is a celebration of rebirth and the renewal of life. Easter services will often include rites of baptism and confirmation for new Christians. The themes of renewal, so much a part of Easter, have also infused the wider culture. Easter eggs, which many do not consider a religious aspect of Easter, are actually part of the heritage of the early church, which considered the egg to be a symbol of rebirth. Today, America’s Easter is a medley of Christian themes of renewal and secular expressions, such as the national Easter egg roll on the lawn of the White House, new clothes for Easter, and the Easter parade. But record church attendance is a clear signal that the religious observance of Easter is still a dominant note of the season.