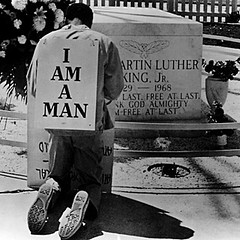 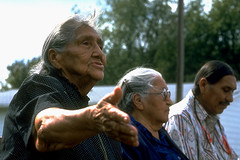 The United States in the twenty-first century is home to perhaps the most diverse and varied Christian population on earth, with Christians of European, African, Asian, and Latin American birth or descent. This great racial and ethnic diversity poses both challenges and opportunities for America’s Christians. For Christians, overcoming racism and changing the structures of injustice that support racial exclusion is central to the reconciling work of the church. With the new immigration, beginning in 1965, the racial and ethnic diversity of American Christians has become greater than ever, recasting and making more complex the already difficult issues of race and ethnicity.

Native American Christians today worship in Protestant churches in Oklahoma, Catholic parishes in Arizona, and Russian Orthodox churches in Alaska. They carry with them the legacy of missions, the rich resources of their own Native cultural heritage, and the continuing struggle to retain their identity. The bitter history of colonial settlement and displacement has led some Christian churches to apologize publicly for the role the churches played in the injustices done to native peoples. In 1987, for example, the leaders of ten Christian denominations in the Pacific Northwest issued a “formal apology on behalf of our churches for their long-standing participation in the destruction of traditional Native American spiritual practices” and pledged a “commitment of mutual support in your efforts to reclaim and protect the legacy of your own traditional spiritual teachings.” In 2007, the Episcopal Church and representatives from many American Indian tribes met in Jamestown, Virginia to affirm a “new covenant of faith” that would integrate more fully the experiences of native people into the life of the church.

Justice for African Americans also remains on the agenda of Christian churches. The civil rights movement of the 1950s and 1960s involved the work, the leadership, and the commitment of many Christians, most prominently the Rev. Dr. Martin Luther King, Jr. Inspired by the deepest values of Christianity, they sharply criticized those institutional structures and practices which had supported a racially segregated society and, in many cases, a racially segregated church. As King put it in Where Do We Go From Here: Chaos or Community (1967), “Over the last five years many religious bodies—Catholic, Protestant, and Jewish—have been in the vanguard of the civil rights struggle, and have sought desperately to make the ethical insights of our Judeo-Christian heritage relevant on the question of race. But the church as a whole has been all too negligent on the question of civil rights. It has too often blessed a status quo that needed to be blasted and reassured a social order that needed to be reformed.”

While many gains have been made, race is still a major issue for the churches. Some local churches are still, in effect, racially segregated along black and white lines. Others, however, have intentionally cultivated racially inclusive congregations and have expressed a commitment to racial justice in their life of worship and service. In the midst of this struggle, the historic black churches, such as the National Baptist Convention of America and the African Methodist Episcopal Church, have worked to preserve a strong identity, while challenging all Christians to a new vision of racial equality and justice. Many large denominations like the United Methodist Church and the Presbyterian Church (U.S.A.) have active black caucuses that bring African Americans together for planning and action.

In the context of still deep and unresolved black-white racial tensions in American society, the “new immigration” has called attention to an even more complex set of racial and ethnic issues. Native Americans, Euro-Americans, and African Americans now have Korean-American, Indian-American, Hispanic-American, and Arab-American neighbors. The opportunities for stereotyping and discrimination have grown, as have the opportunities for understanding and community-building. Efforts like the grassroots ethnic associations within the Evangelical Lutheran Church in America are but one example of these commitments within multicultural ministries today.

The past decades of immigration have brought new forms of world Christianity to American shores. There are new Asian churches, such as the Church of South India and the Mar Thoma Church. There are new congregations of Vietnamese Catholics, Korean Presbyterians, Samoan Methodists, and Chinese Evangelicals. Older Christian communities of Japanese, Chinese, and Filipinos, who have experienced the vulnerability of being small ethnic minorities in the United States for nearly a century, have now increased in numbers and become more vocal. Today anti-Asian racism is an issue addressed by the churches, and there are Asian-American caucuses within most of the major denominations.

The growing number of Hispanic Christians, now more than 25 million, constitutes one of the most significant transformations of American Christianity. While there is a centuries-old Hispanic population in the United States, new immigrants have come in such large numbers from Mexico and Central America, Puerto Rico and Cuba that today 29 percent of American Catholics are Hispanic. The first Roman Catholic Hispanic archbishop was appointed in the early 1970s. Hispanics have brought their own distinctive traditions of Christian faith, theology, and practice to America. While the majority are Catholic, Hispanic Protestant and Pentecostal churches are also growing rapidly in the United States, and Hispanics are working to gain a stronger voice in mainstream Protestant denominations as well. The National Hispanic Christian Leadership Conference, a sister organization to the National Association of Evangelicals, was established in 2001. Since the 1970s, Hispanic priests, pastors, and laity have struggled to aid refugees from Central America, given voice to the economic concerns of immigrants, and joined efforts like those of César Chávez to work for the rights of exploited farmworkers.

Drawing upon the ministry of Jesus that moved boldly across lines of race, tribe, and ethnicity, demonstrating the universality of God’s love and God’s justice, Christian leaders have called the church to be an inclusive community. As Martin Luther King, Jr. put it at the outset of the Montgomery bus boycott in 1955, “If we are wrong, Jesus of Nazareth was merely a utopian dreamer and never came down to earth.” For King and many others, the churches are challenged by Jesus to claim their diversity and create a community that is not divided by its racial and ethnic differences.