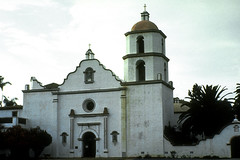 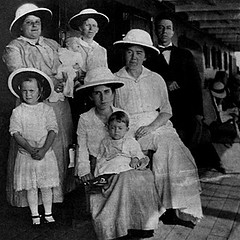 The history of Christian missions is as old as the church, inspired by the commission Christ left his followers to “make disciples of all nations.” Such zeal was seen in the early Syrian Christians who missionized as far as India and China in the early third to seventh centuries. It was also the mission of early Roman monks that first planted churches in Ireland and England, Germany and Northern Europe, Russia and Eastern Europe. However, the sixteenth century, which saw both the Protestant Reformation and the Catholic “Counter-Reformation,” was also the beginning of European colonial expansion and with it, church expansion. The Spanish conquered and colonized in the lands of South America, Mexico, and the Philippines. The Portuguese planted colonies in Brazil, Africa, India, and China. The British Empire included territories in India, Ceylon, Burma, Africa, Australia, and North America. The Dutch were in Indonesia and Africa. The French had colonies in Africa, Southeast Asia, and North America.

The spread of Christian churches followed in the tracks of empire, trade, and colonization. At times, the churches and missionaries were involved or complicit in the exploitation and oppression of colonized people. It is also true, however, that missionaries were among the strongest critics of colonial excesses. Many were the first scholars to study the religious and cultural traditions of the peoples among whom they worked. Especially in Asia, missionaries were also the first to challenge the exclusivist teachings of the church, for they saw what they understood to be evidence of God’s living presence in non-Christian faiths.

The order of Jesuits or the Society of Jesus, founded in the sixteenth century, was influential as a Catholic missionary order, sending Jesuits to such places as India and China. Later, Protestant missionary societies were formed to link the Protestant churches of Europe, and later the United States, with the new churches established in Asia and Africa.

With the end of the colonial era, the mission churches began to develop strong voices and leadership of their own. Today, much of the dynamism and energy of the Christian churches worldwide comes from the churches of Africa, Asia, and Latin America. The last few decades have seen a renewed emphasis on the authentic expression of the gospel in every culture and language. In the post-colonial era, churches in all parts of the world have moved away from European or American expressions of Christianity and have claimed their own culture, music, and arts in order to shape their own forms of Christian worship and community.

Today, many of these new cultural and ethnic expressions have come to America with the new immigration. As with first-generation immigrants in the past, these immigrants have maintained their own congregations—Korean, Samoan, Ethiopian, South Indian, or Chinese—and have brought an astounding new diversity to the face of American Christianity.