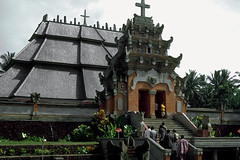 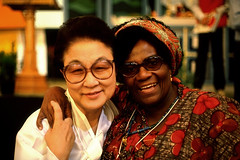 Christianity is a worldwide religious tradition, a river of faith with many branches and with streams flowing on every continent. But its common source is one: the life, the teachings, the death, and the resurrection of Jesus. This man, whom Christians call the Christ, the Messiah, the expected one, was born in Roman-occupied Palestine about 2,000 years ago. He lived his life as a Jew in a region ruled by the Roman authorities. Like many prophets before him, he spoke of the urgent need to turn to God and he taught a message of love and justice. His active ministry of teaching was, at most, about three years long. Still in his thirties, he was charged with treason and put to death. His followers reported that he was resurrected from the dead and that he appeared before them.

Jesus left no writings, nor did others write about him until decades after he died. Remarkably, however, the small group of disciples who experienced his resurrection were inspired with a spiritual energy that led to the creation of communities of faith throughout the Mediterranean world and, eventually, throughout the whole world. It was in Antioch, now in Turkey, that they were first called “Christians,” followers of the way of Christ. In the first three centuries, Christianity spread throughout the Greco-Roman world, which extended from the Iberian to the Indian coast. From the fifth to the seventh century, Christian outreach spread throughout northern Europe. Syrian Christians even missionized in China during this time. In the tenth century, missionaries from Constantinople brought Christianity to Russia.

Today Christianity has three major streams, each possessing its own internal pluralism — the Catholic Communion, the Orthodox Christian Churches, and Protestant movements. Some would now argue that Anglicanism, which followed the course of the British Empire, and the Pentecostalism sweeping the globe constitute other major streams of the Christian tradition. But these broad categories hardly do justice to the hundreds of particular churches and denominations that have come into being through the centuries and continue to be born today. In the early twenty-first century, Christianity has more adherents than any other religious tradition on earth. One third of all humans call themselves Christians. The Christian scriptures have been translated into a multitude of languages as the Gospel, and this “good news” of Christ’s way has been communicated in cultures throughout the world. The great diversity of Christianity is one of its most striking characteristics.

Christianity has continued to grow and change in the twenty-first century, with the rapid multiplication of Christian churches in Africa, including many vibrant independent churches. In Latin America, four centuries of Roman Catholic dominance is now being challenged by the rapid growth of Pentecostalism. By the late twentieth century, the majority of the world’s Christians lived in the southern hemisphere. While Christianity is growing most rapidly in Africa and Latin America, it is still the dominant religious tradition of Europe and North America. According to the Pew Forum on Religion and Public Life’s Religious Landscape Study, just over 70 percent of people in the United States identify themselves as Christians.