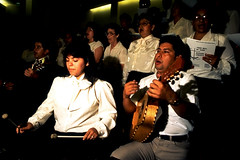 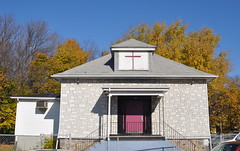 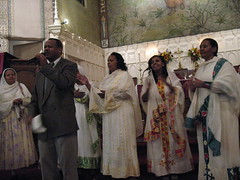 The Immigration Act of 1965 has brought both Asians and Hispanics to the United States in unprecedented numbers. This new immigration is now playing an important role in the ongoing realignment of American Christianity. There are many new patterns of congregational life, for example, with English-speaking and Chinese-speaking congregations meeting in the same building for common fellowship and separate worship services. There are a multitude of “nesting” churches—Vietnamese or Hispanic congregations or fellowship groups that meet within the church building of a more established English-speaking congregation. And large “mainline” denominations, like the United Methodist Church, have active African-American, Hispanic, Native American, and Asian-American caucuses that articulate for the whole church the concerns of its minorities and call the churches to a more inclusive fellowship.

The churches of Boston, to cite one example, give visible evidence of the increasing diversity of American Christianity. Iglésia Bautista Hispanoamericana de Boston (Hispanic Church of Boston) meets in the basement of historic Tremont Baptist Temple in downtown Boston, just one chapter of Tremont Temple’s self-described mission as “the International Church.” Frontier Church, a largely Korean congregation, meets for worship in a Holiday Inn in Brookline and is a member of the Evangelical Covenant Church, a denomination founded by Swedish immigrants in 1885. A Baptist church in Cambridge hosts a Bengali congregation near Central Square and a local congregation of the Church of the Nazarene shares its space with two others, one Haitian and another Portuguese.

Many of these newer American Christians are building on the foundations laid by earlier immigrants. Today there is a new awareness of a much older diversity in American Christianity. Protestant home missionaries laid the foundation for Chinese-American churches among Chinese workers in California in the 1860s and Japanese Protestantism dates from the 1870s and the founding of a Gospel Society in San Francisco.

The explosive growth of Korean—primarily Presbyterian—churches in the United States is a phenomenon that can be observed in every major city. The first Korean churches in North America are over one hundred years old, established by Korean immigrant workers who came to Hawaii at the turn of the 20th century. Korean Christian immigrants to the United States have brought with them a Confucian emphasis on “filial piety,” the moral obligations of sons and daughters toward their parents. This filial piety is an important factor in Korean-American identity—for both the first and second generations.

Filipinos, mostly Roman Catholics, also started coming to Hawaii and then the mainland in the first decade of this century. Most of these churches bore the stamp of American missions. Today, however, as churches around the world are leaving the European mission heritage behind and expressing the Gospel in the languages, the music, and the arts of their own cultures, the new immigrants of these churches are bringing this new cultural diversity to American Christianity.

All over America, there are new kinds of ministries, ministers, and congregations. In San Jose, California, for example, San Jose Community Church reaches out to the Vietnamese immigrant population by offering courses for instructing the next generation in Vietnamese culture. The church also hosts the Vietnamese Christian Resource Center, an online collection of literature, music, and educational resources.

In the Twin Cities, Hmong Central Lutheran Church in Minneapolis and Holy Trinity Lutheran Church’s Swahili-speaking ministry in St. Paul reflect the large immigrant and refugee populations in the region . In recent decades, denominational leadership has reflected these changes, too. In 1995, Bea Vue Benson became the first Hmong woman ordained as a minister in her denomination, the Evangelical Lutheran Church in America.

The implications of this new Christian diversity can be seen in the new hymnals published by each of the major Protestant denominations. For example, the United Methodist Hymnal (1989) contains hymns in English and in Spanish, hymns from India and Taiwan, and traditional music from the Muscogee Creek Indians. The words to “Jesus Loves Me” are also printed in German, Spanish, Cherokee and Japanese.

Some large urban Roman Catholic parishes like St. Jerome’s in Chicago’s Rogers Park area have Spanish and English services, reflecting the transition in this neighborhood. Further south, in Chicago’s Pilsen neighborhood, the St. Pius parish, formerly an ethnic Polish-speaking parish, has become a largely Hispanic congregation active in organizing around issues related to immigration policy. While there have been voices in the Catholic church urging the elimination of “ethnic” parishes in favor of neighborhood parishes, other Catholics insist on the importance of the “ethnic” parish.

In Miami, FL, Notre Dame d’Haiti, founded in 1981, recently expanded to accommodate the growing number of parishioners. In a 2011 CBS Local interview, the Reverend Jean Mary described the parish as “more than a church. [It’s] a lifeline community center.” As for many immigrant communities, Haitians finds Notre Dame d’Haiti to be not only a place to worship where they feel spiritually at home but also a place where they can find the practical help they need in a new land and where bonds with their homeland can be maintained. In the aftermath of the earthquake that devastated Haiti in January 2010, the church served as a gathering place for Haitians in Miami to comfort one another and organize relief efforts. As with previous generations of immigrants, the church home is often the strongest center of identity in a land where they are a small minority.

As the next generations of this new and diverse Christian population find their way in the churches, American Christianity will continue to find new patterns of expression. It is certain, however, that the future of Christianity in America will be shaped by the streams and currents of its great racial and ethnic diversity.