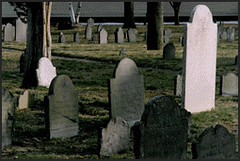 Christianity arrived in the western hemisphere with Christopher Columbus. Franciscan friars soon laid the foundations of New World Catholicism in the Caribbean and in Mexico, in Florida in 1573, in New Mexico in the 1590s and by the 1760s in California. Jesuits established French Catholic missions in Canada and the Great Lakes region following the founding of Quebec in 1608. Both the Spanish and the French were seen as dangerous religious and commercial rivals of the Protestant English in the New World well into the eighteenth century.

Protestant groups that had emerged in the course of the Reformation in England settled along the east coast and played a decisive role in giving shape to what became the United States. The first permanent settlement was at Jamestown in 1607, where the Church of England (or Anglicanism) became the established church. Throughout the colonial period, Anglicanism remained influential in the South. But in many respects, Anglican power was limited, as its bishops governed from London. Presbyterians and Baptists emerged in the South in great numbers over the course of the next century. These two denominations, along with the Methodists, played important roles in the development of Christianity in the South.

A second settlement was established by Congregationalists (or Puritans) at Massachusetts Bay. In 1620, Plymouth was settled by the “Pilgrims,” a radical group within Puritanism, who sought a refuge where they could practice their own form of Christian piety. A larger group arrived in 1630 under the leadership of John Winthrop. These Puritans saw themselves as being on what Thomas Hooker called an “errand into the wilderness.” They considered themselves to have a covenant with God to create a Christian social order that would be a model Christians in England could emulate. Congregationalism was established in the colony in the form of a Biblical commonwealth in which religious conversion and citizenship were closely linked. Dissenters like Roger Williams, who later became the founder of Rhode Island, frequently challenged the Congregational establishment, but it remained dominant throughout the colonial period and early into the 19th century in both Connecticut and Massachusetts.

More varied settlements took root in the middle colonies. Dutch Calvinists dominated New Amsterdam, which was founded in 1624 and passed to the British in 1664. Dutch Reformed churches dotted the Hudson River valley and the areas that became known as New York and New Jersey. Quaker leader William Penn founded the Pennsylvania colony in 1681, where his belief in a personal “inner light” influenced his adoption of an unusual policy of religious tolerance. Throughout the colonial period, Pennsylvania was known for its ethnic and religious diversity. Maryland was originally a land grant to George Calvert, who sought to build a refuge for English Catholics persecuted during the English Reformation. A relatively small number of Catholics flourished in Maryland, despite being outnumbered by Anglicans and Protestants and later laboring under legal disabilities.