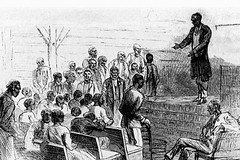 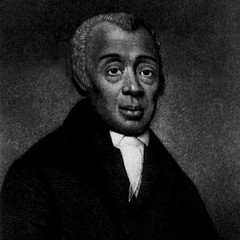 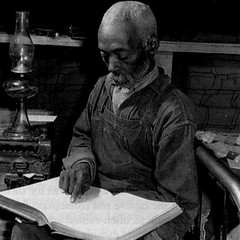 The first African captives entered England’s North American colonies through Jamestown, Virginia in 1619. For over two hundred years, Africans, largely from the west coast of Africa, were brought to the United States in the slave trade. At first, Christianity made few inroads into the African slave population, which had its own religious traditions. To some extent, whites resisted missionizing the slaves, fearing perhaps that converted slaves would have to be freed and treated with the respect that would be accorded to fellow Christians.

The first large-scale conversions of slaves coincided with the Great Awakening in the mid-eighteenth century when the colonies were swept with a religious spirit that crossed lines of race. The historic center of black Christianity is in the Methodist and Baptist churches. During the antebellum period, when the vast majority of African-Americans remained slaves, it was Methodist and Baptist evangelicals who worked most successfully in the slave quarters. Many biblical themes spoke directly to the condition of black oppression, such as the captivity of Israel, which was likened to plantation slavery, and Israel’s exodus from Egypt, which became a metaphor for escape to the North.

A few white Christian evangelists, infused with the spirit of the Revolution, supported the gradual abolition of slavery and the ordination of black ministers. But within a generation, the overwhelming majority of white church leaders in the South forgot these revolutionary ideals and articulated instead a religious system that served as a rationale for slaveholding. Styling themselves as biblical patriarchs, they claimed a moral responsibility over their slaves, and argued that slavery was providentially ordained to bring Christianity to the benighted children of Africa.

Autonomy was an important issue for black Christians, for interracial fellowship in the churches was predicated upon the subordination of black rights and interests. Though they remained few in number until the demise of slavery a century later, separate black churches began to emerge in the 1760s. For example, the African Baptist Church of Savannah was founded in 1788 and, by 1830, boasted over two thousand members, free and slave. A former slave and licensed Methodist preacher named Richard Allen, who had formed Philadelphia’s Bethel Church in 1794, founded a distinct denomination called the African Methodist Episcopal Church (A.M.E) in 1816. The A.M.E. Zion denomination was founded in New York in 1821, having seceded from a mixed-race church in which blacks could take communion only after all the whites had received it. Many of the independent black Baptist congregations and associations formed after the Civil War merged to form the National Baptist Convention in 1895. All these denominations became vital institutions in the African-American community, both in the rural South and, with black mass migration to industrial centers, in northern cities.

The self-description of these sizable churches as “African” spoke neither to their geographical location nor a twentieth-century conception of their cultural roots. Indeed, Bishop Daniel Alexander Payne of the AME Church tried to stamp out the famous “ring shout” on the grounds that it was “heathenish.” This southern form of worshipful singing and dancing rhythmically in a circle is often invoked as one of the distinctive contributions of African culture to African-American Christianity. The Africanness of these denominations, from the perspective of many of the leaders, lay mainly in their distinctive social status and the distinctive responsibility they felt to other Africans and to African-Americans. Highly literate and well-versed in scripture, the leadership of these churches in the North fought for the abolition of slavery and sent missions both to the South and to Africa. Their concern was not to glorify the “heathen” past but to “redeem” their brethren from oppression and ignorance. The distinctive music that emerged during slavery times morphed into the more genteel spirituals popularized by the Fisk Jubilee Singers in the later nineteenth century, and was later augmented by the distinctively urban Gospel music of Thomas E. Dorsey and others beginning in the nineteenth century.

In the 1920s, however, the “back-to-Africa” movement of Marcus Garvey ’s United Negro Improvement Association gave voice to a powerful and positive black nationalism. While the UNIA was largely political and economic in its orientation, it emphasized the responsibility of African-American Christians to missionize and build an independent African homeland. Garvey’s vision of a black God in whose image black people were created would be developed decades later in the writings of a new wave of African-American theologians. And the powerful “Afrocentric” sentiments of the UNIA would be forcefully restated in the late 1960s with the emergence of black nationalism and liberation theology.