One Buddhism? or Multiple Buddhisms? 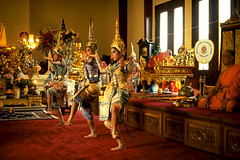 One Buddhism? Or Multiple Buddhisms? 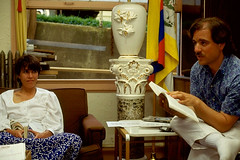 At first glance, Buddhism in America seems to have two separate histories—that of Asian immigrants and that of American converts. The extent to which they discover common ground with one another is a story that is still unfolding. For the most part, there has been a gulf between the two communities. Immigrant Buddhists from Asia, whether of the first wave of Chinese and Japanese or the second wave of Southeast Asians, seem to focus on the preservation of their own ethnic forms of Buddhism and, at the same time, struggle with issues of acculturation and being accepted by the mainstream. Most American convert Buddhists, however, are focused more on personal and social transformation and often critique the relentlessly ambitious culture of the “American dream” that new immigrants seek to emulate.

The temples of Asian Americans often serve as institutions of preservation—where the cultural forms of art, dance, and music are preserved, Thai or Mandarin are taught to youngsters, and the festivals and celebrations particular to the culture’s form of Buddhism (or even a particular culture’s non-Buddhist celebrations) are observed. They are community centers as well as religious centers. Survival is difficult in a new culture. Creating small temples, recruiting monks, establishing a Vietnamese or Japanese Buddhist practice in a new place is a full-time job for these communities. The Japanese are now in their fifth generation and have a long experience to share. Most temples of the Jodo Shinshu tradition, for example, still have bilingual congregations, and conduct services in both Japanese and English.

Inevitably, as the younger generations grow up, these temples also become the sites of identity questions. What does it mean to be Buddhist and American? Cambodian American? Chinese American? For some communities there is conflict within the community about where the emphasis should be—on the “Cambodian” or the “American.” In Lynn, Massachusetts, for example, the community was polarized over this issue, one side claiming that the head monk and his supporters did not care about the local community and paid attention only to what was happening in Cambodia. As one leader put it, “If we build a temple, we try to think, ‘What do we build the temple for?’ Not only for the monks. We have to try to have programs to help our people and our children. How do we help them grow up, here in America? If our children don’t speak Cambodian, don’t read Cambodian then, in ten or twenty years, what are we going to do with the temple? If all the children go away, what are we going to do with the temple?”

For American converts, although notions of maintaining and preserving the dharma are important, the overriding concern is not the preservation of any particular “Asian” form of Buddhism, but the transformation of one’s self, of society, and even of Buddhism itself. Devotion to the Buddha and to monks, as practiced in Asian Buddhist temples, is de-emphasized. The prevalent practice of the “transfer of merit” in ethnic Buddhist communities, wherein the laity support the monastic community and thereby gain future merit for themselves and their ancestors, is not a central concern of most American converts.

Becoming Buddhist for most American converts already means standing over-against the dominant culture. While assimilation into mainstream culture has occurred to a certain extent, American convert Buddhism historically has had a countercultural tinge—from the early Theosophist Henry Steel Olcott to the Zen boom of Alan Watts. Many American converts see Buddhism as a do-it-yourself religion focused first and foremost on meditation, often pursued as a solitary practice. The creation of a community, a sangha, out of the multitude of solitary meditators has become an ongoing challenge for American Buddhist communities, as new Buddhists have families and seek ways to raise children in the teachings of the Buddha.

The impulse toward preservation among immigrant Buddhists and the impulse toward transformation among new American convert Buddhists may, in time, converge. It is not enough to preserve a religious or cultural heritage; that heritage must also nourish a new generation in a new environment. Many immigrant Buddhist communities are finding that the social life of the temple is not enough and that, contrary to how most lay people behaved prior to coming to the United States, meditation classes are becoming popular. And American convert Buddhist communities are finding that meditation programs are not enough and that the social life of a gathered community is, in fact, important to young people as they come to identify themselves as part of the community.