The Báb and Baha’u’llah 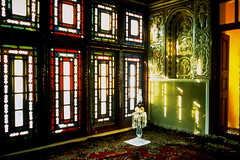 The Bab and Baha’u’llah 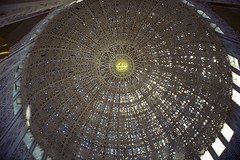 The Bab and Baha’u’llah

The Bahá’í Faith is today a vibrant worldwide community of people from many races and cultures. Its beginnings were in mid-nineteenth century Iran, where most of the people were “Twelver” Shi’ite Muslims. Shi’ites recognize a line of leaders called Imams: successors within the family lineage of Muhammad who became the spiritual guides and authoritative leaders of the Muslim community. They expect the twelfth Imam—Muhammad al-Mahdi, who disappeared in the ninth century—to return to establish a rule of truth and justice in the last days.

One sect of Twelver Shi’ites, the Shaykis, believed that the twelfth Imam would return to earth in the year 1844 to establish his reign of righteousness, justice, and peace. When the head of this sect died in 1844, many of his followers scattered in search of the promised one. On May 23, 1844, a young man named Siyyid ’Ali-Muhammad of Shiraz (1819-1850) declared to a leading Shaykhi that he was the promised one they were seeking. He later took the title of the Báb, Arabic for the “Gate,” implying that he was the gate to the twelfth Imam. However, in his writings he claimed not only to be the Imam but also to be a Messenger of God inaugurating a new era, speaking of One greater soon to come.

Within a few months the Báb had gathered a small group of nineteen followers whom he sent across Iran to spread his teachings, which were often written commentaries on chapters of the Qur’an. The Bábí movement grew rapidly among seminarians, merchants, and other urban groups. It aroused the hostility of the Shi’ite clergy and the Persian authorities, who had the Báb arrested and imprisoned in northwestern Iran. In prison, the Báb continued to receive visitors and write. Among his writings was the Bayan, which gave new laws for his religion and prophesied the arrival of another divine messenger even greater than himself. Because his teachings were considered blasphemy by the Shi’ite clerics, the Báb was executed by firing squad on July 9, 1850. Pogroms against his followers, already severe, intensified, and thousands of Bábís died.

In 1848, an early convert to the faith of the Báb, Mirza Husayn-’Ali (1817-1892), organized a conference of leading Bábís to discuss the state of the Bábí movement. At the conference he acquired the title Baha’u’llah, Arabic for “the Glory of God.” In 1852, Baha’u’llah was thrown into prison after a group of Bábís attempted to assassinate the Shah of Iran. There, Baha’u’llah received his first experience of divine revelation. As he described the experience in Epistle to the Son of the Wolf, “The breezes of the All-Glorious were wafted over Me and taught Me the knowledge of all that hath been.”

In December 1852 Baha’u’llah was released from prison and banished from Iran. He and his family emigrated to Baghdad in Ottoman Iraq. There he began to write theological, ethical, and mystical works, and was instrumental in reorganizing Iran’s scattered Bábís. Increasingly, Bábís regarded Baha’u’llah as the divine messenger the Báb had promised, and in April of 1863 he announced to a small group of followers his claim to be the promised one.

Because of his claims and his growing stature, Baha’u’llah was repeatedly banished. He went from Baghdad to Istanbul to Edirne, a small city in European Turkey, and ultimately, in 1868, to Akka, a prison city in Palestine. There he lived out the rest of his days either in prison or under house arrest. Except for the years 1868-1870, however, Baha’u’llah was able to receive visitors and had the freedom to write.

Over the course of his life, Baha’u’llah wrote more than 18,000 letters, essays, and books which stated his religion’s theological doctrines, its principles of social reform, and teachings for personal spiritual development. In 1874 he completed the Kitab-i-Aqdas, the central Bahá’í book, which delineates Bahá’í laws of prayer, fasting, and personal conduct and defines basic Bahá’í institutions. A series of his later essays outlines social reform teachings and provides a vision of a Bahá’í civilization. Baha’u’llah taught that divine revelation is a continuous and progressive process brought to humanity by Manifestations of God, unique individuals who do not incarnate God but who do perfectly express God’s qualities and will in the world. The missions of the messengers of God represent successive stages in the spiritual evolution of human society. Baha’u’llah’s mission, Bahá’ís believe, is the culmination of the work of historical Manifestations such as Krishna, the Buddha, Abraham, Zoroaster, Moses, Jesus Christ, Muhammad, and the Báb.

Baha’u’llah died in 1892. One hundred years later, the anniversary of his passing was marked in New York City with a World Congress that drew 30,000 Bahá’ís from all over the world. The attendees were only a small fraction of the more than five million adherents of the Bahá’í Faith, a faith that represents almost all nationalities, ethnic groups, classes, professions, and religious backgrounds.