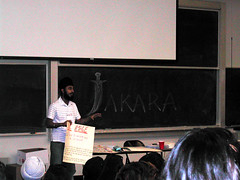 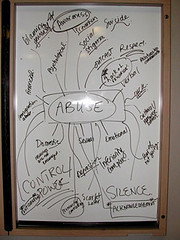 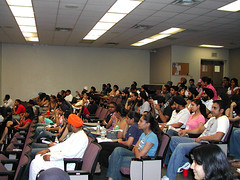 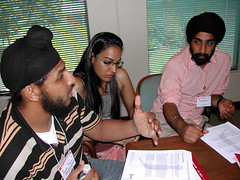 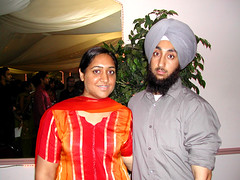 Sikhs have been in America for over 100 years, and by now there are many third and fourth generation Sikhs creating and carving out their identities as Americans and as Punjabis. Through Sikhism, the community unites and creates a platform for social change. One example of young American Sikhs doing this is the Jakara Movement, a non-profit organization which hosts an annual conference bringing together Sikh American youth around issues within the community.

From June 22-25, 2006, the seventh annual Jakara Movement Youth Conference took place in Fresno, California. While the conference was open to and attended by many people from Canada, the East Coast and the Midwest, it was intended primarily for young Californian Sikhs. The purpose of the conference was to build community by creating a forum where young Sikhs can discuss social issues that are particularly relevant to them. This year’s topic was “Kaur Voices: Exalt, Express, Empower.” This conference focused on issues specific to women within the Sikh community, including domestic violence, gender selective abortions, roles of Sikh American women, sexual abuse, and gender discrimination within the family and the Gurdwara.

It was practically unprecedented in this respect because of the Indian American cultural norm of keeping ‘family’ issues within the family, and not looking for outside help. However, as Ravneet Kaur Tiwana discovered with her online survey of Sikh women, these were issues that need to be dealt with openly. The Jakara survey reported high percentages of sexual abuse, domestic abuse, and depression, thus demonstrating that while the community had progressed financially, it still harbors social ills. Though limited, the survey provided clear quantitative information for the attendees to consider while attending workshops, and also for when they went home.

While at times attendees became uncomfortable or felt challenged, ultimately the conference served to strengthen the bonds of the community, and created awareness about key issues. Sikhism was not posed as a solution to social problems, but a tool to support and hold the community together. In this way, the attendees created their own Sikhism as a blend of Western and Eastern values, while just as those first Punjabi immigrants to California, retaining their sense of solidarity and brother/sisterhood.