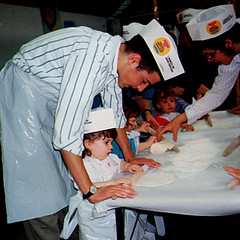 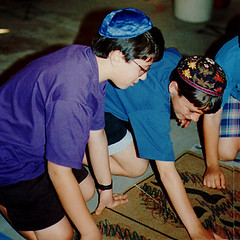 In response to the crisis of assimilation, the American Jewish community has recently adopted “Jewish continuity” as its rallying cry. The task of perpetuating Jewish identity from one generation to the next has always been a formidable challenge for American Jews, as it has for other minority immigrant religious communities. Jewish religious leaders and Jewish educators have usually responded to the problem with a call for more religion and more education.

What is notable about the cry for “Jewish continuity” today is a new and nearly unanimous agreement on this issue’s importance across the entire spectrum of Jewish communal life. From Jewish philanthropic federations, whose main activity had been fundraising for social welfare and for Israel, to Jewish community centers, whose basic function had been simply recreational, to Jewish defense organizations, whose purpose had been primarily political, all sectors of the organized Jewish community are making Jewish continuity a priority. To a great extent this has meant adjusting funding priorities. As author Joshua O. Haberman wrote in his article entitled, “The New Exodus out of Judaism,” “This time it is not an enemy from without who aims to destroy us. The enemy is within. It is the waning will to be Jewish.”

The turning point, all agree, was the National Jewish Population Survey of 1990, which put the Jewish population claiming to practice some form of Judaism at about 4.4 million. An additional 1.1 million identified themselves as Jews by birth but did not consider themselves religious. This 5.5 million is considered by State University of New York demographer Barry Kosmin, who conducted The National Jewish Population Survey, to be the “Core Jewish” population. The survey confirmed earlier estimates of the high intermarriage rate: fifty-two percent of Jews who marry wed non-Jews. Equally disturbing to many was the fact that 60 to 70 percent of the Core Jews—some 3.5 million people—were not affiliated with any synagogue. These figures have instilled a grave concern for the future viability of Jewish life in America. Even though the category of “Jews by Choice,” meaning converts to Judaism, is relatively small statistically (some 185,000), demographer Kosmin warns that in a free society, with religious affiliation a purely voluntary matter, “In practice, everyone is a Jew by Choice.”

Convincing each new generation to choose active participation in the Jewish community is the challenge of all Jewish institutions today. Following the Population Survey, the Jewish community has energetically addressed this concern. Dozens of new educational and cultural programs have been initiated and a greater percentage of the funding donated to Jewish causes has gone to continuity efforts. The largest contribution ever to Jewish education was the fifteen million dollar gift in 1994 by William Davidson, an industrialist and owner of the Detroit Pistons, to establish a new School of Education at the Jewish Theological Seminary of America. Both Jewish federations and family foundations have begun to fund all manner of educational projects, especially those utilizing multi-media and computer technology.

Reaching the 3.5 million “unaffiliated” and their children has become a top priority of several outreach programs. For example, in Morris County, New Jersey, a program called Connections targets unaffiliated families and invites them to a wide range of programs—Shabbat dinners, holiday celebrations, Jewish study groups, book groups, and preschool play groups. Family-oriented, it recognizes that many of the young parents who have moved to this part of northern New Jersey had childhood synagogue experiences that did not touch their hearts or challenge their minds. As they start families of their own they are uncertain about whether or how to affiliate with a synagogue. Connections  programs do not begin in the synagogues, but in peoples’ homes. People might meet to study an upcoming Jewish holiday, learn about Jewish rituals, or even practice traditional cooking.

In a 1992 article in the Jewish magazine Moment, one of the Connections organizers described the word-of-mouth contacts she develops. “Families often bring children with them from other unaffiliated families. These children bring their parents to the next program. Eight families were contacted in three days because a neighbor had come to a Connections Shabbat dinner.” Even newspapers are part of the outreach. The project director said, “When I placed ads asking unaffiliated Jews to turn themselves in, several families did just that.” In an area where the older Jewish community had become too small to support its once-flourishing synagogues, Connections has begun to make a difference: eventually these unaffiliated Jews decide to affiliate with a synagogue.

Connections has confirmed that massive funding alone cannot address the problem of Jewish continuity. Reaching families that have lost touch is the first step, followed by reweaving the fabric of Jewish community through celebration, ritual, study, and Jewish friendships. But no matter how much money or time is spent on new initiatives, the problem of Jewish continuity in America remains. From the new-style havurah communities of the Jewish Renewal movement to the Orthodox and Lubavitcher synagogues, the concern of American Jews today is to maintain continuity into the next generation.