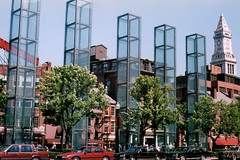 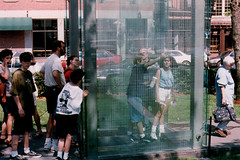 The role of anti-Semitism in shaping Jewish identity in the United States is much discussed and continues to be a matter of some contention among American Jews. Some Jews would say that anti-Semitism in the classic sense—unconcealed antipathy and hostility toward Jews and Judaism—has had little impact in America. They would emphasize that there has been nothing on the scale of the anti-Semitism Jews experienced in Europe, such as what culminated in the Nazi’s organized effort to eliminate Jews from German society. Instead, they would point out, American Jews have been subject to more subtle forms of discrimination and animosity, from the social opprobrium of the WASP elite to vocal resentment from some African Americans. Of course, they would say, old forms of Christian anti-Semitism have appeared on occasion but have been more than offset by American Christian philo-Semitism, by the essential tolerance of American civil religion, and by the rise of Christian-Jewish dialogue. While they would agree that anti-Semitism is present in American society, they would say that it poses no threat in the foreseeable future.

Other Jews would strongly object to any such complacent tone. Anti-Semitism, they would insist, is a real and constant danger in the modern world, as history has demonstrated all too painfully. American history has had its own share, as evidenced by the anti-Jewish rhetoric and discrimination that flared up throughout the periods of high Jewish immigration, culminating in the 1920s, when the door to further immigration was essentially closed. Even the plight of the Jews fleeing Nazi Germany in 1939 aboard the ship M. S. St. Louis was not enough to re-open that door. Jews watchful of anti-Semitism would also point to the strange history of the anti-Semitic forgery called The Protocols of the Elders of Zion, describing an alleged plot by Jews to take over the world. The book, concocted in Russia to serve the anti-Semitic purposes of the czar, was published and widely distributed in the columns of Henry Ford’s newspaper, The Dearborn Independent, in the 1920s, and its conspiracy theories continue to surface today in the rhetoric of groups as disparate as the Nation of Islam, the militia movements, and the Christian Identity movements.

No matter who is more right, the undeniable reality is that most American Jews believe that anti-Semitism is a threat. Even those who have never personally experienced anti-Semitism tend to adhere to the idea that it is merely lying dormant, waiting for a breakdown of society so it can reemerge. Thus defense organizations committed to fighting anti-Semitism, such as the Simon Wiesenthal Center in Los Angeles, are regularly listed as the highest grossing Jewish fundraising efforts. Many Jews respond swiftly and emphatically to any overt anti-Semitic rhetoric, such as that of Louis Farrakhan and other ministers of the Nation of Islam.

The perception of anti-Semitism is most apparent in the commitment of the American Jewish population to Holocaust memorialization. Unquestionably, the Holocaust was a decisive event in Jewish history, in Christian history, and in human history, with profound moral implications that should be studied and remembered by all. American Jews have made a tremendous effort to make certain that the murder of six million Jews in this century in the heart of modern Western society is not forgotten. During the past several years, Holocaust memorials and museums have sprung up around the country, including the federally sponsored Holocaust Museum on the mall in Washington, D.C.. Plays, books, television series, and art on the theme of the Holocaust continue to proliferate, and one of Hollywood’s leading producers, Steven Spielberg, won an Academy Award for his feature film Schindler’s List. In the religious life of the Jewish community, an annual day of memory, Yom ha-Shoah, has become an important part of the yearly calendar, institutionalizing the remembrance of the Holocaust in the synagogue, the liturgies, and the prayer book.

Even and perhaps especially for secular Jews, the Holocaust has become an important focus for Jewish identity and a central part of American Judaism. For some it serves even more powerfully than the state of Israel as a primary symbol of Jewish peoplehood. The Jews of pre-War Europe were, after all, the grandparents of many American Jews today, and there are many Holocaust survivors in the American Jewish community. On an existential level, many Jews experience their Jewishness as a reflexive response to anti-Semitism, their adherence to Judaism is at times explicitly predicated upon it: if Jews do not hold fast to their tradition, Hitler will have won what some would call a “posthumous victory.”

Other Jews insist that such an intense focus on the Holocaust can too often become inward and self-interested. Passing on the fear, the suffering, and the need for vigilance is simply not enough to engage and nourish the next generation, while passing on the joy of observance, the sustenance of community life, and vision of the faith is even more important. They would argue that remembrance of the Holocaust and vigilance against anti-Semitism must be balanced with the outward-looking religious vision and spiritual energy necessary to claim the loyalty of the next generation.

The Holocaust, many argue, should make Jews vigilant guardians of humans rights, raising their voices against other instances of brutal inhumanity. The educational project “Facing History and Ourselves,” for instance, is dedicated to education about the Holocaust as part of a wider renewal of moral and ethical education.