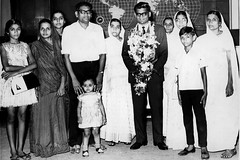 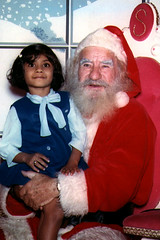 Jain emigration from India to other countries began with Jains migrating to Britain and British colonies. At the beginning of this century, a number of Gujarati Jains migrated to coastal towns of East Africa and later moved inland, particularly to Kenya, to open businesses. The Jain community in America, however, began only in the late 1960s as a response to the Immigration Act of 1965, which opened the door to wider immigration from Asia and especially encouraged the immigration of “members of the professions of exceptional ability and their spouses and children.” In addition to direct immigration from India to the U.S., there were many young people who had planned only temporary residency for study at American universities but decided to stay permanently. In addition, political turmoil in the East African states forced a second migration of a number of Indians—to the U.K., Canada, and America. In the early 1990s the World Jain Congress estimated that there are approximately 25,000 Jains in the United Kingdom, 25,000 in the U.S. and 10,000 in Canada.

The Jain community in India represents an affluent and influential minority of the population. Barred from work in agriculture by religious injunctions against causing harm to any life forms, including minute organisms and vegetation, Jains traditionally pursue business and professional careers. In North America, too, many are professionals. According to the 1992 Jain Directory, 32.1% are engineers and 14.4% are in the medical field. Others have gone into business as real estate investors, bankers, travel agents, diamond dealers and jewelers, and computer dealers. They describe themselves as financially well settled. Because of this economic stability, and the organizational skills and energy which sustain it, the Jain community has been able to support social and religious centers, create active national and international organizations, and construct temples.

According to the statistics compiled by Jain organizations, 80% of the North American Jain community lives in ten states in the U.S. and one Canadian province. In order of population they are: New Jersey, New York, California, Ontario, Michigan, Texas, Illinois, Pennsylvania, Ohio, Maryland, and Massachusetts. It is also estimated that about 70% of the Jains active in Jain affairs are Gujarati, coming from the western Indian state of Gujarat or from the Gujarati community in Bombay.