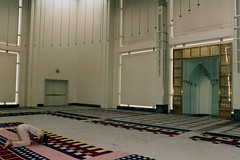 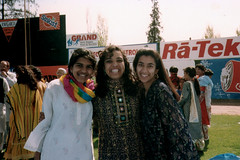 “It is not righteousness that ye turn your faces towards East or West; but it is righteousness to believe in Allah and the Last Day, and the Angels, and the Book, and the Messengers; to spend of your substance, out of love for Him, for your kin, for orphans, for the needy, for the wayfarer, for those who ask, and for the ransom of slaves; to be steadfast in prayer, and give Zakat, to fulfill the contracts which ye have made; and to be firm and patient, in pain (or suffering) and adversity, and throughout all periods of panic. Such are the people of truth, the God-fearing.” (Surah 2.177, King Fahd trans.)

Muslims are called to perform certain regular acts of worship which increase their sense of God-consciousness and discipline their attitudes toward others as well as the use of their time and property. These acts of worship, often called “the five pillars of Islam,” are based in the Qur’an and Sunnah and interpreted by the ‘ulama in the first three centuries of Islam. The five pillars are: the shahadah, salat, zakat, sawm Ramadan, and hajj; they shape the lives and practices of Muslims throughout the world, including America.

*Shahadah: The shahadah, “witness” or profession of faith, is repeated with every prayer: “I bear witness that there is no God but God, and Muhammad is God’s Messenger.” The belief in God’s oneness, or tauhid, and the prophethood of Muhammad is the first step of a lifelong journey as a Muslim.

*Salat: Muslims perform the ritual salat five times a day, just as Muhammad did. Standing, bowing, kneeling, and prostrating the body before God and reciting Qur’anic passages teach humility and dependence on God. Prayers are performed at dawn, midday, afternoon, sunset, and nightfall. While it is preferable to pray in a masjid (mosque), with fellow believers, it is also permissible to pray alone in a clean place. Many families pray together in their homes, at least in the morning and evening. Before the prayers, Muslims remove their shoes, perform ritual ablutions, and state their intention to worship. In the mosque, prayers are often led by an imam, a learned community member; prayers are performed in cycles of bowing and prostration called rak’a. Muslims, wherever they are, pray in the direction (qiblah) of the Ka’bah in Makkah, usually marked by a mihrab in a mosque wall. Around the world, millions of Muslims pray five times daily, orienting their lives—individually and collectively—toward God.

*Zakat: Zakat literally means “purification”—a payment of a portion of one’s wealth to purify the rest and to ensure justice in society. Used to help the needy members of a community or those working for just causes, the zakat is part of the larger Islamic vision of social justice. While Muslims are encouraged to pursue economic and social gain, they are also reminded to use their wealth unselfishly and to care for others less fortunate. The rate of zakat is generally 2.5 percent of annual accumulated wealth, including savings and nonessential property; in some countries it is collected and distributed by the government. American Muslims often distribute their zakat through local mosques and Muslim associations. Muslim relief agencies are at work throughout the world today, and American Muslims run special programs—from soup kitchens to Bosnian refugee relief.

*Sawm: The first revelation of the Qur’an came to Muhammad during the lunar month of Ramadan. Every year during this month, Muslims perform the fast, called sawm. They are obliged to abstain from food, water, sexual activity and evil thoughts during the daylight fasting hours. Ramadan is a time of discipline for the spirit as well as the body, a time to cultivate patience and commitment. The fast also reminds the faithful of those who are hungry every day, underscoring the need for social justice. Many Muslims perform special prayers and attend Qur’anic recitation sessions every night. Ramadan is also a time of community solidarity, as meals and festivities are shared with family and friends after dark.

*Hajj: The final pillar of Islam is the hajj, or pilgrimage to the Ka’bah in Makkah, performed during Dhu’l-Hijjah, the last lunar month of the Muslim year. The hajj recalls the faithfulness of the Prophet Abraham who was ready to sacrifice his son Ishmael at God’s command; but it was not God’s will. It is both joy and faithfulness that bring millions of Muslims from all over the world to Makkah for this pilgrimage. The hajj is required at least once of every Muslim in good health and with the financial means. It brings together the world-wide ummah, making clear that Muslims of all races, ethnic groups, and cultures are equal in God’s presence, all wearing the same simple white garment, walking and praying and eating together in the most holy places.