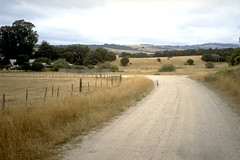 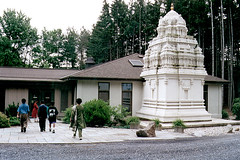 An ashram is a retreat center, where cultivation of the spiritual life has the top priority. In ancient India, ashrams were the forest retreats where sages taught, gathering around them students who were serious enough for the disciplined life of spiritual seeking. Today there are countless ashrams in America, some vibrant residential communities and some specializing in week-long or weekend retreats.

In 1946, the Vedanta Society in San Francisco acquired more than two thousand acres of land in Olema for one of America’s first ashram retreats, right in the heart of the Point Reyes National Seashore area. It is staffed by Vedanta Society monks, but in keeping with Vedanta’s openness to seekers on all paths, people from every religious tradition come to Olema to undertake individual and small group religious retreats. At its major retreats on Memorial Day and Independence Day weekends, speakers and religious leaders from the Catholic, Muslim, Buddhist, and Jewish traditions often join the swamis of the Vedanta Society.

In Ganges, Michigan amidst the fields of farming country, there is another Vedanta Society ashram, called the Vivekananda Monastery and Retreat. “We drive up for a weekend at least twice a year,” explained a medical doctor from Louisville. “Just to get away and focus on the most important part of any religion—to become a truly good human being. This is the purpose of the retreat.” The retreat center offers lectures, bhajans, and a chance to consult with the swamis, who come from Chicago for the retreats. The town of Ganges was apparently named by the Maharaja of Mysore in the 1870s, responding to a request from his friend, then governor of Michigan, to name a town. Little could he have foreseen that when the Vedanta Society in Chicago was looking for a retreat center, they would find the right place in an American township named for the Ganges.

Pulling off Highway 101 that winds through the Poconos into Saylorsburg, Pennsylvania one finds the peaceful world of Arsha Vidya Gurukulam, “Wisdom of the Sages School.” A Sunday flea market is set up in a large field across the road, but here amidst a grove of tall pines is a setting with the “feel” of a forest retreat. Arsha Vidya is a year-round ashram community, following the Vedanta tradition of Swami Dayananda. A small group of swamis lives here along with a core of devoted students of the Vedanta. Here, too, there are weekend and week-long Vedanta retreats—at Thanksgiving, at Christmas, over the Fourth of July Weekend, and throughout the year.

In the temple room, with its arched wooden trusses and floor to ceiling windows looking out to the pines, Swami Viditatmananda, wearing traditional orange robes, is speaking to a group of adults on the subject of viveka, “discrimination.” This congregation of forty will spend as many as five hours reading and discussing the text of the Tattva Viveka with the swami. They are middle aged, with reading glasses round their necks; they are professional couples, women in saris and in slacks, men in khakis and sweaters. They open their loose-leaf texts, containing the text in both Sanskrit and English and begin with a prayer for understanding.

“It’s the difference between going to a church and living in a monastery,” said Sunita Ramaswamy of the Arsha Vidya experience. “When families come for a week and stay, just stay here, it makes a real difference. You are not concerned about traveling, commuting, cooking, and working. You drop everything else and just study, absorb, imbibe all that is going on in a spiritual environment. It brings a great shift, an inner shift in perspective.”