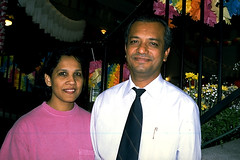 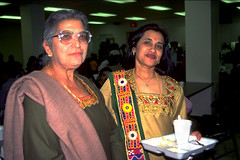 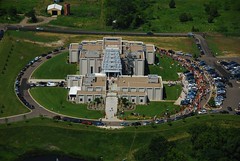 Hinduism is closely identified with India, where more than 95 percent of the world’s Hindus live. However, there are Hindu diaspora communities in virtually every part of the world today. In the fifth and sixth centuries, South Indians went as traders and merchants to Southeast Asia, where they have lived for many centuries in countries we now know as Indonesia, Malaysia, and Singapore. There are strong Hindu traditions in Fiji in the Pacific and in Mauritius off the east coast of Africa. Hindus came to South Africa as indentured laborers in the 19th century. Indeed, young M.K. Gandhi lived and worked among the Indian community in South Africa for twenty years before returning to India to participate in India’s freedom movement. The first Hindus came to the Americas as indentured laborers as well, arriving on the islands of Trinidad and Tobago in the eighteenth century.

Today, with the accelerated migration of peoples, there are Hindu communities in Britain, with large concentrations in Leicester, London, and Birmingham. There are growing Hindu communities in America as well. They have built impressive Hindu temples in Pittsburgh, New York, Los Angeles, Chicago, Boston, Nashville, and a dozen other cities. With greater global communications and awareness, Hindus are developing new ways of practicing, interpreting, and reinventing their tradition in new cultural contexts.