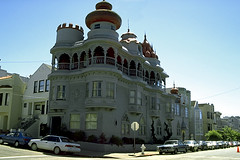 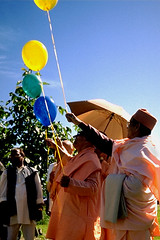 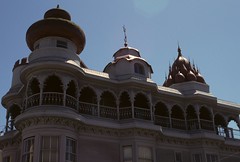 In 1894, Swami Vivekananda founded the first American Vedanta Society in New York. The following year, after an intensive training retreat held on one of the islands of the St. Lawrence River, he initiated two Western followers as sannyasis, or “renouncers.” They, too, came to be called “swamis.” In 1896, Vivekananda returned to India and sent Swami Abhedananda, a brother monk from Calcutta, to take over the reins of the small New York community. Abhedananda was a vigorous organizer and a fine lecturer who taught Vedanta three times a week at New York’s Mott Memorial Hall.

Back in India, Vivekananda launched the Ramakrishna Mission, named after his renowned mystic teacher, Ramakrishna. Its “mission” was to revitalize the Hindu tradition for the task of service, education, and nation-building. When Vivekananda returned to the United States for a second stay in l899, he concentrated his efforts in Los Angeles and San Francisco. In San Francisco, he formed America’s second Vedanta Society. Vivekananda returned to India after a lecture tour to many major cities, leaving two Indian Ramakrishna monks in charge of the two major centers of the Vedanta Society, Swami Turiyananda in San Francisco and Swami Abhedananda in New York. After Vivekananda’s death in 1902, the Ramakrishna Mission in India continued to take the lead in sending swamis to lead the growing number of American Vedanta Society centers.

The Vedanta Society appealed greatly to nominal, liberal Christians, who came to see Christianity anew in the context of the Hindu claim to the equality of all religious traditions. It also appealed to secular seekers with no previous stake in any religious tradition. Vivekananda emphasized both Vedanta philosophy and the practice of yoga, especially raja yoga, which he described as a “psychological way to union” with the Divine. It involves bodily postures, breath-centered meditation, and the cultivation of concentration so that the mind does not fritter away its energies in the rush of thoughts. The Vedanta Society did not gain wide attention; by l930, its membership probably numbered only in the hundreds. Nonetheless, it was influential as America’s first form of Hinduism and it laid the groundwork for a much wider and more popular knowledge of yoga.