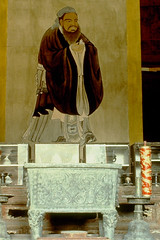 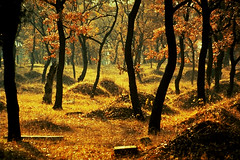 East Asian historical records make no mention of a Confucian religion. What Westerners have labeled as “Confucianism,” Chinese, Koreans, Japanese, and Vietnamese have much more often called the “Scholarly Tradition.” Only this past century, moreover, have the heirs of this enterprise in moral cultivation self-consciously considered whether or not their tradition fits under the rubric “religion.”

The European academics who devised the neologism “Confucianism” in the 19th century did have good reason for selecting this name. Without question, the most influential contributor to the Scholarly Tradition was the great Chinese sage Confucius (551-479 BCE). It was he who established the importance of following inherited rites (li) in a conscientious manner so that one could fully activate his or her humanity (ren) and thereby realize the Way (dao) of Heaven (tian). It was also he who first stressed that the perfection of this process could only occur through a life-long dedication to rigorous study and self-cultivation. “How dare I claim to be a sage or fully humane,” avers Confucius in the Analects, “Perhaps it might be said of me that I learn without flagging and teach without growing weary.”

Despite his importance in shaping subsequent Scholarly discourse, Confucius probably would not have approved of employing his name as an eponym for the tradition. To place such emphasis on a particular individual is contrary to one of the most vital lessons he taught: all humans are historical, social beings whose self-realization can only occur through participating in a cooperative, ongoing quest for communal flourishing. Mencius (371-289 BCE), whose conversations with disciples and rulers are collected in the second of the so-called Four Books, observes that each person is linked in an intricate network of parents, siblings, spouse, friends, and socio-political leaders. This network reaches back in time as well, encompassing all one’s ancestors and the cultural heroes who have made civilized life possible.

To fully attain one’s potential requires the continual realization of the profound moral implications of everyday relationships. This process involves the interaction of internal and external resources. The way of self-cultivation, as laid out in the Great Learning, “lies in allowing one’s inborn luminous virtue to shine through, in renewing the people, and in coming to rest in perfect goodness.” Only by purifying one’s heart-and-mind through making the will sincere can one cultivate oneself, harmonize one’s family, regulate society, and thereby renew all of humankind. Conversely, it is only through helping one’s family, society, and the world as a whole to attain complete tranquility that one’s own virtue can rest in perfect goodness.

Because the Scholarly Tradition regards human fulfillment as occurring through engagement in everyday affairs rather than through the saving power of a transcendent deity, many modern-day interpreters have claimed it to be more a system of humanistic ethics than a religion. Others disagree, maintaining that the Confucian project does, in fact, address matters of ultimate concern, doing so in a manner that fosters a form of self-transcendence. For the New Confucianist Tu Wei-ming, these religious implications are most explicitly developed in the last of the Four Books, the Doctrine of the Mean. This text teaches that, when the self-authenticating process of moral cultivation has reached completion, the person’s achievement not only reverberates throughout all human society, but carries profound cosmological significance, allowing that person to assist in the transforming and nourishing process of Heaven and Earth. Such a vision, as Tu Wei-ming sees it, is a form of religious humanism, in which humans can transcend their limitations through actualizing the spiritual resources immanent within themselves.