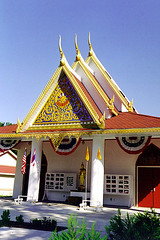 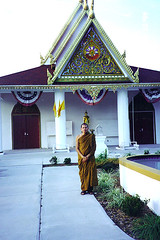 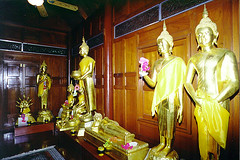 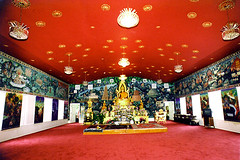 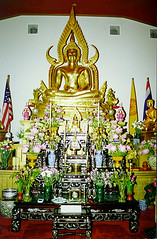 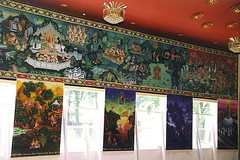 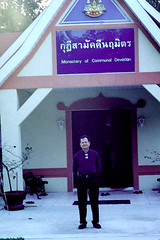 According to Than Bill of the monastery, the construction of the main buildings had just been completed at the time this profile was originally prepared. New beatifications have been added since then. Current construction of replicas of the four main Buddhist Pilgrimage Sites in India will be completed later this year. Wat Florida Dhammaram has documented and illustrated their own history on their website. They also offer “A Look Around the Wat” which shows and describes some of the many buildings and shrines that comprise the monastery. A newspaper article, “Seeking Refuge,” about Wat Florida Dhammaram is available here. Originally prepared by Lynette Mayo, Rollins College, Florida in January, 1999.