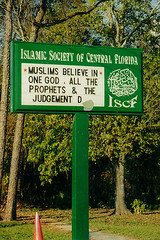 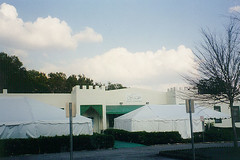 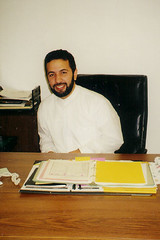 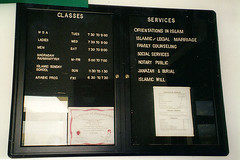 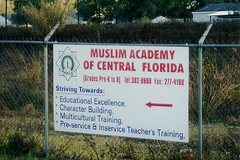 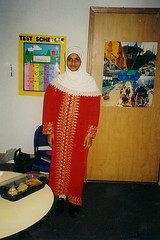 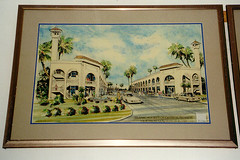 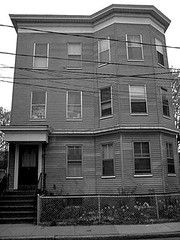 The Islamic Society of Central Florida is 24 or 25 years old. The present building was constructed in 1985 after a number of objections filed by local residents were overcome. The area at that time was remote; neighbors wanted to preserve their privacy. They worried about a projected decline in property values and expressed hostility toward what they saw to be a tightly organized group entering their community. Prominent community members reassured the planning board and the proposal for a building on approximately 12 acres was approved.

The Imam estimates the Muslim population in Central Florida as about 25,000 persons. The Islamic Society includes members of some 30 nationalities. India provides the ethnic identity of the majority – close to 50%. The remainder are distributed – Pakistani, Arabs, from the Islands, etc.

Description of the Center

The modest, one-story building is designed for its functions: to provide a comfortable space for prayers and rooms for group meetings as well as an office for the Imam who manages the educational program as well as the religious activities of the society. The setting, at the end of a driveway at a fountain, is attractive.

A major fund-raising drive is now under way to construct a new school. Currently, schooling is offered from K to grade 8. The new facility will include a high school.

Friday Prayer is at 1:30 P.M. and Sunday School is from 11:30 A.M. until 1:30 P.M. Evening School takes place Monday through Thursday from 5:00 P.M. until 7:00 P.M. The Center is near the University of Central Florida, attended by many Muslims. It supports the Muslim Student League.

Other Items of Interest

The Imam, when asked about the growth of the society’s membership, speaks of its greatest source of new members not being the immigrant population but converts. Many become associated with Islam as a result of their disenchantment if not disgust with contemporary culture, especially regarding the curricula and activities of the public schools. Islam offers them, in his view, a secure and sensible discipline.