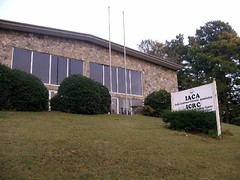 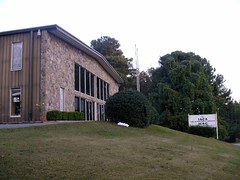 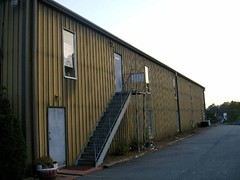 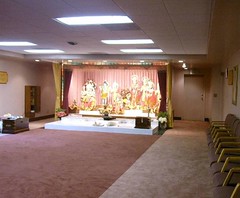 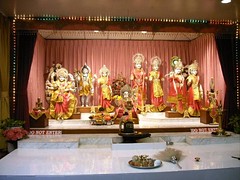 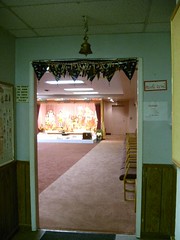 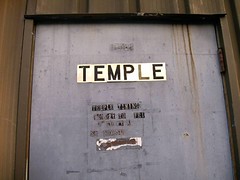 The India American Cultural Association (IACA) is the oldest Indian organization in Atlanta, and in many ways its development parallels the development of individual temples that were established later. The IACA traces its roots back to the Georgia Tech India Club, founded in the 1960s. The IACA was founded later in response to a natural disaster in India. Ultimately, the IACA developed numerous Indian cultural activities that continue to this day in Atlanta. These events include a regional Miss Indian-American Beauty Pageant, an Annual Talent Show, and the well-known “Festival of India,” which has become a huge event, drawing Indians and non-Indians from all over the region to celebrate. While the original religious diversity of the IACA has largely declined (it is primarily Hindu now), the organization continues to provide invaluable cultural and economic contacts for Indians throughout the area.

Currently there are approximately 800 members of IACA. To be a member of IACA, one must be over the age of eighteen and a resident of the state of Georgia. There are four different types of membership: Life, Regular, Student, and Association. There are currently around two hundred Life members of IACA. These members pay a flat sum of $1500 for membership while Regular members, on the other hand, pay $50 annually to renew their membership. Students are granted membership at a lower rate, but are expected to pay Regular or Life dues once they are employed. Different Indian-American non-profit associations can also attain Association Membership if they subscribe to the goals of IACA.

One of the primary original purposes of IACA was to be an all-encompassing Indian-American cultural organization, which allowed for cooperation between the different religious backgrounds and regions of India represented by the Indians in Atlanta. Because of this, IACA has members that come from diverse religious backgrounds, including Hinduism, Islam, Sikhism, Christianity, Jainism, Sai Baba, and ISKCON. Over time, individual religious communities (many of them with connections to specific regions in India) grew large enough to form and support independent religious centers; however, some still use the ICRC for their larger festivals. The only religious group that still uses the building for weekly services is one Hindu community. Most, but not all of the current IACA members are Hindu.

The IACA is the oldest Indian organization in Atlanta. It traces its roots back to the Georgia Tech India Club founded in the 1960s. Immigrant Indian students met in campus buildings to celebrate holidays and maintain ties to their cultural and religious heritage. In the mid-60s there were approximately one hundred Indian families in the Atlanta area, and the Georgia Tech club was the only formal organization to serve the needs of this growing community. By the end of the 1960s, there was growing interest in an organization that was independent of Georgia Tech. This interest intensified in 1971 when a natural disaster struck India. Atlanta Indians, headed by Dr. P. Venugopala Rao, jumped to the aid of their relatives and friends back home. They conducted fundraisers and subsequently coalesced into a community. After their disaster relief efforts ceased, these community members saw the benefit of having an established organization that was not tied into the university’s India Club. By 1974, the IACA was officially founded as a non-profit organization suited to meet the needs of the growing Indian community within Atlanta. Dr. Raj Chawla was the registered agent of this organization and served as its first president. During the first few years of its existence, IACA members met regularly in family homes around the greater Atlanta area. Soon after its inception, the newly formed organization realized the need for a centrally located center. The association began collecting dues in 1975 to save up for this future building. By 1983, the membership had increased greatly and a three-acre piece of property in Smyrna was purchased. At this point the organization began to schedule regular events. After 1984, when the center was inaugurated, the IACA obtained an additional seven acres surrounding the original property. By 1987, the organization had completely paid off all of its loans for the current center and property. Like other Hindu communities in the area, in the 1980s and 1990s, IACA members began struggling with generational conflicts. When the IACA was first founded, it included young adults attending college and graduate school or beginning their careers. As these first members aged and started families of their own, their children became the focus of IACA activities. Over the years the activities of the IACA developed to reflect the aging of the founding generation and the interests of their children. This new focus lead to the formation of activities such as the Miss Indian-American Beauty Pageant, the Annual Talent Show, the Spelling and Vocabulary Bees, a Scholarship Fund, career seminars, and the Senior Citizens Program. All of these have greatly increased youth involvement in IACA. The capstone of these efforts was the first successful “Festival of India” in 1997. Current members continue to encourage the younger generation to maintain ties to traditional Indian culture and to strengthen family ties here in the United States. Although the founding members included Hindus, Muslims, Jains, Sikhs, and members of other communities, the demographics have shifted, and currently most (but not all) IACA members are Hindus. As a result, the IACA leadership is currently considering the possibility of building a traditional Hindu Temple on the property in Smyrna. They argue that the IACA, as an organization, will still be open to anyone of Indian background, but given the predominance of Hindu members, they feel that a temple is appropriate.

The IACA’s biggest annual event is the Festival of India, which celebrates India’s independence of India. Every August this event draws upwards of 10,000 attendees. It is held at the Gwinnett Civic Center, one of the largest venues available in metropolitan Atlanta. Festival activities include practical resources, such as VISA Camp (dealing with all the issues surrounding obtaining Passports, Visas, Green Cards and other important information for US or Overseas citizenship) and a Health Fair. They also include multiple performances, seminars, exhibitions, and food booths that celebrate Indian culture. Certain activities target children; the 2005 Festival of India included kite decoration, jewelry crafting, a “fancy dress” competition, a drawing competition, sloka recitation, and the “Just a Minute” event, in which children spoke for one minute on the topic “What I Want to become When I Grow Up.” The 2005 seminars included sessions on “Fundamentals of India’s Renaissance; The Power Triad: Exploring Emerging China – India – US relationships and global impact”; “The Role of Religion in Contemporary India”; and “Gandhi’s Pilgrimage of Faith.” Keynote guests and speakers from India and across the US are featured in the festivities. The 2005 events included Indian Secretary of the State Dr. Subramaniam Swamy, and Georgia’s Secretary of State Kathy Cox. Different corporate sponsors from the community fund the event, including Delta, Western Union, and Air Tran. The IACA also sponsors Spelling, Vocabulary, and Math Bees for the children in the community, which normally take place sometime in April, in addition to an annual Miss India-American Beauty Pageant. All of these competitions involve scholarship prizes, and other scholarships are available as well. The financial awards range from $500 to $2500 based on the financial need of the family. A limited number of 4-year awards also are available. Students with the highest SAT scores as well as Outstanding Seniors also are recognized. A separate award of $500 is also given for the best college essay submitted. These various awards reflect the high value the Indian community in Atlanta holds for higher education.

The IACA and the ICRC

The IACA has a building structure associated with it, the Indian Culture and Religious Center (ICRC). ICRC refers to the actual center located in Smyrna, while IACA is the name of the organization. The IACA plans events and activities that include several religious institutions within the Indian-American community in Atlanta, events that often include members of the ICRC Temple. Within the ICRC building is the ICRC Temple, which is where the Hindu community associated with the IACA meets worship.

The ICRC is visible from Cooper Lake Drive. Visitors initially notice the rather large front façade and the flagpole just in front of the building outside. The facade gives an impression of intimidating to an onlooker down at the bottom of the hill where the entrance is. There is a very steep driveway into the parking lot, which usually contains only a few cars at the very beginning of any given service, but is almost completely filled by the end. There is also a small playground in the rear of the building where a few children will play before it is time for the service. A simple metal staircase leads up the side of the building to the temple entrance on the second floor. Inside, there is a small foyer where attendants will leave their shoes before they walk into the actual worship area. The temple itself is relatively modest, a dozen or so chairs lining each wall and a large, soft carpet area for the majority of the seating. At the back of the room, there are a few plaques with the names of the contributing life members. The most impressive part of the temple is the altar at the front of the room. It is the first thing a visitor sees when entering the temple, and it is the pride of ICRC community, largely because of the range of deities represented. At least a dozen different murtis (statues of deities)stand in a well-lit area, including Shiva, Durga, Parvati, Rama, Sita, Krishna, Radha and Hanuman (see photos). All of these white marble statues are adorned with jewelry, clothing, and headdresses fitting their station and their importance to the devotees. The ICRC Temple hosts daily, weekly, monthly, and annual activities. The Temple holds a Aarti services at 9 a.m. and 7 p.m. Every Tuesday evening at 7:15 p.m. the Temple sponsors a Hanuman Chalisa service. Also, every Sunday evening at 5:30, the Temple holds a service that is followed by the evening Aarti and Mahaprasad. On the first Sunday of the month the service is Bhajan Sandhya, the second Sunday is Shri Satyanarayan Katha, the third Sunday is Amritvani, the fourth Sunday is Sundarkand, and the fifth Sunday is Hanuman Chalisa. Every month there will be Shri Satyanarayan Katha on the full moon day (Purnima). Annually the Temple, in conjunction with the rest of the IACA member communities, celebrates the Navratri-Diwali festival. In 2005, the IACA community celebrated Narvratri Garba and Dandiya Rass at Nickajack Elementary School on October 8th. Laxmi Pujan was held on November 1st at the ICRC Temple, and they also hosted New Year and Annakut celebrations on November 2nd.