This profile was last updated in 2011 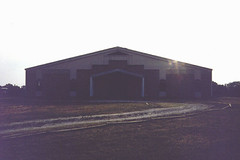 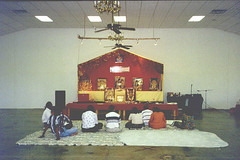 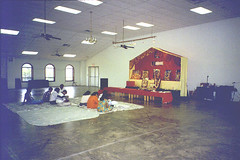 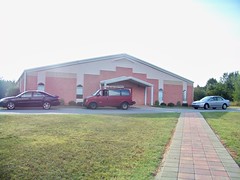 The Society holds Satsang from 5-7 p.m. on the second Sunday of each month. There are usually around ten families present. The Society also celebrates many religious and social festivals based on the Hindu calendar. Recent celebrations have included Navariti, Diwali, Janmashtami, Ganesh Chaturthi, Geeta Jayanti, and many others. Though the Balvihar does not meet on a regular basis, the temple is quite active in sponsoring children’s programs, such as Rangoli classes and classical and contemporary dance classes.

The founder president and current member of the Board of Trustees for the Hindu Society of Greater Spartanburg, Mr. Ashvin Shah, describes his temple community as “a small community with a big dream.” When this community was first established, it consisted of approximately 35 Hindu families meeting for worship and Balvihar in their homes. Indian Hindus in the Spartanburg area first came together in the early 1970s with the formation of the Indian Association. However, the group had minimal activity. In 1984, the Hindu Society of Greater Spartanburg was formed. Worship services had been held at various schools and churches.

The community desired to build a temple to create a center for youth and community development, providing a space for worship as well as an opportunity to promote learning and preservation of their Hindu heritage. Through donations and fundraising, 8.5 acres of land was purchased in October of 1985, and construction of an 8,000 square-foot hall and temple began in 1989. Construction of a Devasthan started in 2002 and was completed in July of 2006, adding an additional 3,000 square feet to the temple. While Mr. Shah and his family were visiting India in January of 2004, they contacted Pandey Murti Museum, a well-reputed supplier of the murtis for temples in Jaipur, India, to carve human-size murtis of the Deities from marble of the highest quality. They were commissioned to carve nine murti deity figures to be the centerpieces of the Devasthan. It took an entire year and a half for the figures to be carved from marble slabs, painted, and prepared for installation. A massive week-long dedication celebration for the completion of the Devasthan and the installation of the marble murtis took place at the beginning of August 2006. Smaller marble replicas of the human-sized murtis were paraded around the temple with much fanfare.

There are 150 families in and around Spartanburg who belong to this community. The temple continues to grow, and a full kitchen is currently being installed. While the temple does not yet have a website, it has become an active force in the Spartanburg community. They encourage interfaith dialogue by inviting local college students, churches and local residents to visit the temple and learn about Hindu religion. The temple also gives generously to organizations like the Red Cross for humanitarian projects and has its own Community Awareness Program. The community’s motto — “if you can dream it, you can have it” — illustrates their desire to continue to contribute to all residents of Spartanburg, South Carolina.

The Hindu Society of Greater Spartanburg is run like a typical organization. Members of the Executive Committee and Board of Trustees serve in their elected positions for two years. The two groups decide together when and how to celebrate the Hindu festivals. Mr. Bhamar Trivedi and Mr. Shukla Shidarth are Brahmin priests who are active at the temple. Both men travel throughout the state performing domestic rituals, marriages, home pujas, consecration of homes, funerals, and ancestral rites. However, they both hold secular jobs. There is no residential priest, but there are plans for one. Mr. Ashvin Shah is the executive committee president.

The approximately 150 families in the Society are from every part of India, but many, if not the majority, are Gujarati. Most members reside in Spartanburg and Cherokee counties though some members live in Shelby, NC (Shelby is actually closer to Spartanburg than to Charlotte community of Hindus). Some members have joint membership with the Vedic Center in Greenville. The Society asks for $101 per year from each family to pay for regular maintenance, but they stress that anyone is welcome to worship and participate, regardless of membership.

There is a 3,000 square-foot marble Devasthan attached to the temple hall where 9 murtis of the Deities reside. The hand-carved, solid marble murtis are situated in this order from left to right:

(2) Shri Ram, Laxnan and Seeta with Hanuman at the feet of Shri Ram.

(4) Shri Shiva, Parvati and baby Ganeshin on the lap of Parvati.

(5) Full-sized Shri Ganesh. In front of Shri Ganesh are the individual murtis of the Shivaling, Jaladhari, Kurma (turtle) and Nandi (the Ox – conveyance of God Shri Shiva).

The murtis have replaced polychrome-framed pictures which were housed in the temporary Devasthan before the installation of this new, permanent Devasthan. A real copy of the famous Indian epic Shrimad Bhagavad Geeta is placed on a pure marble pink lotus flower to the right of the murti of Shri Krushna. Behind the murtis of the deities, a wall mural depicts the scene and universal message of the Shrimad Bhagavad Geeta, where Arjuna discusses his Dharmic (religious) dilemma with Lord Shri Krushna, who guides him as he serves as his charioteer. The murtis of the deities are cared for by various members of the community since there is currently no resident priest.

The entrance to the building is undergoing renovation with the installation of a full kitchen. Additionally the parking lot has been completely paved in asphalt and painted to accommodate parking for about 30 vehicles.

Indian (all parts of India); Gujarati spoken at the temple