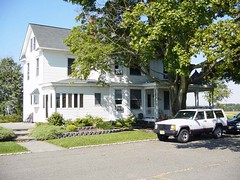 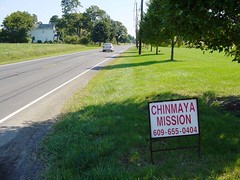 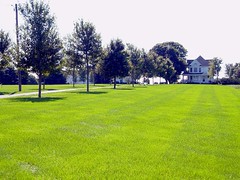 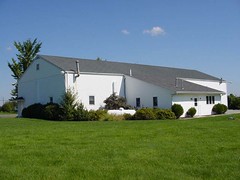 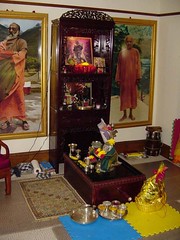 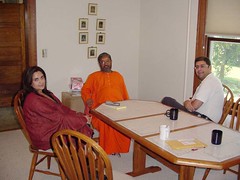 The Chinmaya Vrindavan Center is a branch of the Chinmaya Mission, which was founded in 1953 by devotees of Swami Chinmayananda in India (link-http://www.chinmayamission.org/html/home.php3). The movement grew to encompass a wide range of spiritual, educational and charitable activities, and has centers in several countries around the world. The Mission’s headquarters is located in Mumbai, India, and is administered by the Central Chinmaya Mission Trust, headed by Swami Tejomayananda. Swami Chinmayananda founded the North American base of operations in Piercy, California, in 1975. There are currently 27 centers in the United States, six centers in Canada, and one in Trinidad. The Chinmaya Vrindavan Center received initial support from the Chinmaya Mission Tri-state Center in Langhorne, Pennsylvania, which was founded in 1992. The Vrindavan Center was established with the blessing of Swami Tejomayananda in June, of 2001, when the center purchased seven acres of land in Cranbury, New Jersey. Swami Tejomayananda visited the site and was inspired to name it Vrindavan, after the area where Lord Krishna, an avatara of the god Vishnu, spent his youth. This name also determined that the deities worshipped in the center, and in any of its future worship areas, will be the divine couple, Krishna and Radha. The property in Cranbury included a house, in which the Vrindavan Center is currently established, and a large barn. The Vrindavan Center has begun a two-phase development project. Phase one has an estimated budget of $850,000, and includes a major renovation to the barn to create a large multi-purpose worship and educational space. Construction will begin once proper zoning and permits have been received. Projected completion is 2004. The second phase has an estimated budget of $2,000,000, and envisions a 7700 square-foot temple and auditorium. Projected completion for the second phase is 2007. The Chinmaya Vrindavan Center is designed as a place for worship and study. On several days of the week, devotees can come to classes on the Bhagavad Gita, the Upanishads, the Shrimad Bhagavatam (a scripture about Lord Krishna), and yoga and meditation. The Vrindavan Center, together with support from the Tri-state center in Langhorne, PA, also sponsors and runs a Balavihar, or childrens’ school (link-http://www.cnjbalavihar.org) on weekends. Other cultural classes, such as Sanskrit and Hindi language classes, and dance and music lessons, are provided by the Vrindavan and Tri-state Centers. The international character of the Chinmaya Mission can be seen in the long-distance relations that members have to different leaders in the organization. While this researcher was interviewing Swami Shantananda at the Vrindavan Center, a young couple, Pratap and Jaya Sapra, came to visit him (see photo). They had recently moved from Hong Kong to Westchester, New York, and plan to continue their participation in the Mission in New Jersey. The couple had met Swami Shantananda eight years ago, while he was stationed in Hong Kong as the developer of the Chinmaya center there. According to Jaya Sapra, they became disciples of Swami Shantananda because of his teaching, especially in so far as it helped them relate and reconcile spiritual truths with modern life. This explanation resonates with the stated educational goals of the Chinmaya mission, which can be summarized by the saying, “learning the ‘why’ behind worship.”