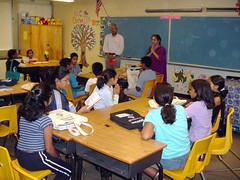 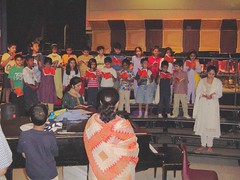 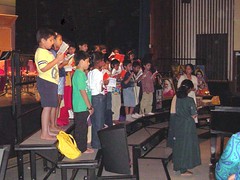 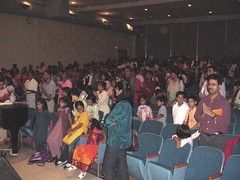 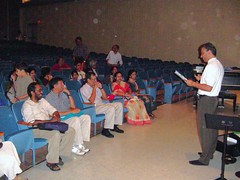 The Chinmaya Mission Balavihar and Yuvakendra is an educational program for youth and adults in central New Jersey. The program was started in 1992, as an educational program of the Chinmaya Mission Tri-state Center (http://www.chinmayakedar.org/). There are other New Jersey Chinmaya Mission Balavihars located in Basking Ridge, Dover, Wayne, Emerson, and Mahwah. Numerous other Balavihars are conducted in Pennsylvania and New York. The Balavihar is run in close association with the Chinmaya Vrindavan Center in Cranbury, New Jersey. The Chinmaya Vrindavan Center (see profile) is a venue for regular spiritual programs, such as discourses by the resident teacher, Swami Shantanandaji, Yoga classes, Indian music and dance classes, celebration of Hindu festivals and other cultural programs, as well.

The goal of the program, as stated by the head of the Chinmaya Mission, Swami Tejomayanandaji, in the Balavihar information packet, is “To inculcate in our children and youth, by demonstration, the higher values and virtues of life, which result in good character and which will prepare them to live their life as a whole, successfully and happily.” It is specifically a cultural and religious educational program, rooted in the sacred Hindu/Vedantic traditions of India, and focused on “the building of good character, which enables one to face all challenges in life.” (quoted from the Balavihar information packet) It is designed to help children and adults of Indian descent learn and identify with their cultural heritage, in order to help them deal with the tension between pressure at school to conform to American culture, and at home to traditional Indian culture.
The Balavihar provides a venue for this education, and utilizes role-models from the stories of great heroes and heroines of India’s spiritual epics, the Ramayana, Srimad Bhagavatam, and the Mahabharata, as well as contemporary saints and leaders. The classes utilize creative activities, such as arts and crafts, devotional singing, drama, discussion, and games based on lessons learned in class. The educational materials, including books, prayer books, and audio tapes, are all produced by the Chinmaya Mission.

The Balavihar is organized in a semester-based format, following the school year, and occurs on three to four Sunday mornings every month. The classes are divided according to grade-level in school (K through 12), but also include toddler and pre-K classes. The medium is English. Each class is lead by two teachers, most of whom have several years experience teaching in the Chinmaya Mission Balavihar system. The curriculum is based on age-appropriate activities. For example, elementary grades learn songs and stories that teach about classic characters from the tradition. The issue of religious symbolism is dealt with in fourth grade. The secondary grade levels deal with philosophical concepts, vegetarianism, and the meaning of mantras (sacred sayings). There is an emphasis throughout on learning Sanskrit songs and verses from Hindu scriptures. There is also an Adult Study circle. This fall’s program for adults includes a discourse by Swami Shantanandaji, [Acharya (head teacher) of the Chinmaya Vrindavan Center] on alternate Sundays, and classes on “Self Unfoldment,” “Kindle Life,” and two separate classes on the teachings of the Bhagavad Gita.

The morning’s program begins with class time from 10:00 a.m. to 11:20 a.m. At 11:20 a.m, the entire group, children and adults assemble in the school’s auditorium for announcements. From 11:30 to 11:45, the children and adults sing bhajans (spiritual songs). Usually, different classes lead the singing from the front of the auditorium each week. At 11:45, there is arthi, for which purpose large, framed posters of Hindu Gods are placed at the front of the auditorium. Then there is the recitation of the Chinmaya Mission pledge (see below) and conclusion.

I was able to witness the morning program on September 28, 2003. With the permission of the program coordinator, Mr. Bhatt, I sat in on the sixth-grade class, team-taught by Mrs. Suvarna Gole and Mr. Kasturi Iyer. The class focused on a review of basic concepts like prayer, types of religious practice, and an introduction to the epic Mahabharata. The eighteen students took notes and referred to workbooks. A lively discussion ensued on the topic of God as the creator of the universe. Students helped answer each other’s questions, and pushed the questions to the point that their teachers had to answer from their personal faith, using metaphors and analogies from everyday life. After class, about 300 students and parents assembled in the auditorium, where one of the elementary classes, about 40 students, were standing up front and leading the singing of bhajans. The group all stood for arthi, and the pledge. After the conclusion, teachers were called forward to stay on for a team meeting led by Mr. Bhatt. The main issue discussed was how to deal with the burgeoning class sizes, especially in the elementary grades.

We stand as one family bound to each other with love and respect.
We serve as an army courageous and disciplined, ever ready to fight against all low tendencies and false values within and without us.
We live honestly the noble life of sacrifice and service, producing more than what we consume and giving more than what we take.
We seek the Lord’s grace to keep us on the path of virtue, courage and wisdom.
May Thy grace and blessings flow through us to the world around us.
We believe that the service of our country is the service of the Lord of Lords, and devotion to the people is the devotion to the Supreme Self.
We know our responsibilities; give us the ability and courage to fulfill them.
Om, Tat, Sat.