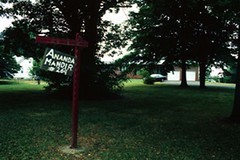 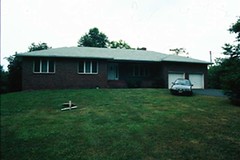 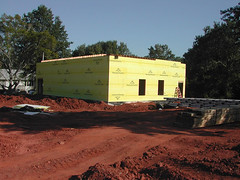 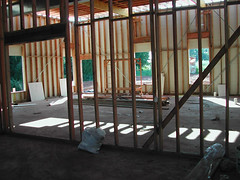 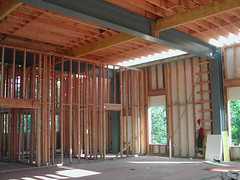 The Ananda Mandir is loosely affiliated with several Bengali Cultural associations; Kallol-NJ, from the Scotch-Plains area, the Garden State Cultural Assoc., from the Edison area, the NJ Puja Association, which was the earliest such organization, started by students at Rutgers University, the Garden State Puja Committee, from the Jersey City area, and the Indian Cultural Center, from the Parsippany area. A sixth organization, the Hindu Milan Mandir, was also involved, According to Amit Bagchi, these organizations were mostly Bengali, and shared a common piety around worship of the Goddesses Durga and Kali. The impetus to build a structure that could serve as a temple or cultural center came out of these six organizations. Some in this collection of people rallied behind the idea of a temple. They were divided between those who worshipped the Goddess in traditions of northeast India, and other Vaishnavites. The other portion of the group was more interested in building a cultural center on the Jewish Community Center/YMCA model. Members of this group attend other temples, particularly the Durga temple in Princeton, NJ, and the Ved Mandir in Milltown, NJ. The devotees at the Ananda Mandir became and remain distinct from these two sections of the original group, mostly because, in the case of the Durga temple, the majority community there is Punjabi, not Bengali, and in the case of the Ved Mandir, Bengalis have a piety that resembles more the South Indian worship style, and not the bhajan singing of the North Indian style at the Ved Mandir.

In the early stages of looking for property, the board found that property zoned for community centers was prohibitively expensive, while land and property zoned for a worship center could be found in cheaper residential areas. Mr. Bagchi and Mr. Chakravarty both agreed with Mr. Viren Gupta’s statement that it is easier to raise money for a temple than for a cultural center. The group eventually decided to pursue the construction of a temple, and prepared for incorporation in 1993-94. They successfully filed for incorporation in May of 1995.

In 1996, the board started looking for property. After a fundraising effort, the board bought a house and three other agricultural buildings in December of 1997 on 7.5 acres that used to belong to a retired Hungarian farmer. In August of 1999, they were approved for variance with a two-year period in which to build a temple. Since then, they have applied for and received a two-year extension for the effort. For the last two years, they have held various cultural programs and monthly pujas in the area, and regularly hold business meetings. It is not known when they will be able to continue with the next phase of the construction process.

The Ananda Mandir celebrated the groundbreaking for the new temple in December of 2002. The temple completed a successful fundraiser in March of 2003, but bad weather in the spring slowed the pace of work on the building. More funds are still pending, but devotees hope to see the completion of the first storey and basement this year. The community has ordered images for worship to be delivered from India. The main deity will be the goddess Kali. The image will be made in Calcutta, India, out of kasthipathar, a type of basalt stone similar but more expensive than black marble. Other images will be Radha and Krishna, and Ganesh, all made of white marble in Jaipur, India. The community is currently trying to hire a priest from India to come for a two-year contract. Members of the board went to India and visited the elders of a village known to one of the members. They interviewed a candidate, made a decision, and are now in the process of immigration and contractual paperwork. In the meantime, members of the community still lead the pujas (worship rituals).