The Mosque in Morgantown Screening and Discussion

On June 13, 2009, the Pluralism Project co-sponsored a screening and discussion of The Mosque in Morgantown at Harvard University. Directed by Boston-based filmmaker Brittany Huckabee, this documentary explores journalist Asra Nomani’s controversial campaign against what she believes are warning signs of Islamic extremism in her local mosque in Morgantown, West Virginia: the exclusion of women, an intolerance towards non-believers, and a growing suspicion of the West. After the screening, Dr. Diana L. Eck moderated a discussion on the film with Brittany Huckabee; Dr. Jocelyne Cesari, director of the Islam in the West Program; and Dr. Leila Ahmed, the Victor S. Thomas Professor of Divinity at Harvard Divinity School. The Mosque in Morgantown premiered nationwide on PBS on June 15, 2009. The event was co-sponsored by the Pluralism Project,Cooperative Metropolitan Ministries, and the Islam in the West Program at Harvard University. 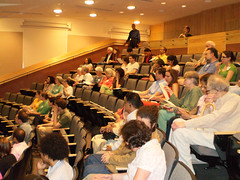 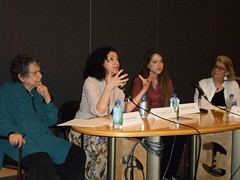 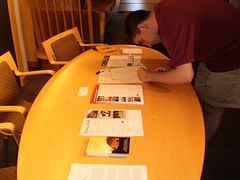 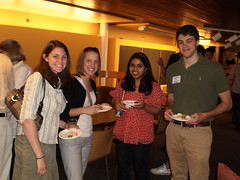 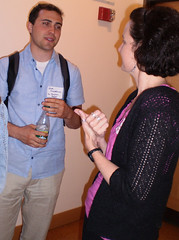 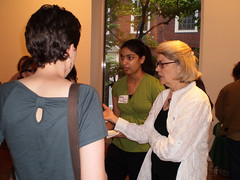 <em>The Mosque in Morgantown</em> Screening and Discussion
We apologize if you have been experiencing outages with our website. We are working on fixing this in the short term and we will be launching an improved website early in 2020 that will not have the same issues. Thank you for your patience!
X