Dr. Vivienne Angeles’ study of Filipino Catholic Communities in Philadelphia focused on how Catholicism, as interpreted in the Philippine setting, is reinterpreted by Filipino immigrants in the United States. The study recognized the fact that as Filipinos try to adjust to their lives in the United States, they are also coping with the issue of creating a new identity as Filipino-Americans. In so doing, they negotiate their cultural orientations and revise inherited traditions and practices in order to fit the new environment and present lifestyles. This adjustment touches on religion, particularly Catholicism, which is an important component of the identity of most Filipinos. Dr. Angeles and her team explored how this process took place in two Filipino Catholic communities in Phildelphia which are based at St. Peter’s Church and St. Augustine’s Church. Aside from studying and documenting the faith and practice of Filipino Catholics as well as their use of sacred spaces, the researchers also explored how these communities function in the members’ adjustment to American life.

Studying Filipino Catholic communities in Philadelphia is important because it adds to the understanding of the dynamics of immigrant community religious life. The study involved both library and field research, as well as audio and video recordings.

Members of the two communities were interviewed and researchers attended and participated in communal activities. The team photographed and recorded on audio and video the following events: 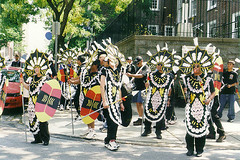 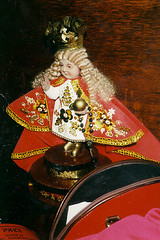 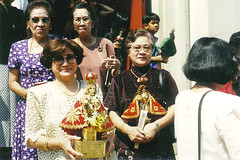 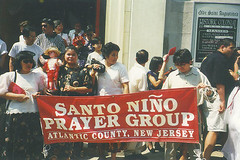 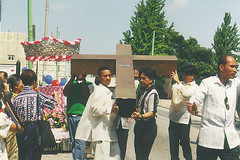 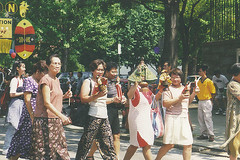